More than half of wealthy investors now bullish on stocks, up from only 25% before the election 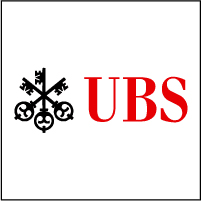 UBS surveyed 1,200 wealthy investors immediately before and after the election to determine changes in sentiment and mindset. Since the election, 48% of investors feel optimistic about the short-term economic outlook, up from 39% just 3 weeks earlier. This rise is driven by a sharp increase in optimism among Trump supporters that outweighed a decline among Clinton supporters.

Optimism about Trump’s impact on the stock market is also up dramatically after the positive market returns post-election. Prior to the election, only 25% of investors expected positive returns for the S&P 500 over the next 6 months if Trump won. Now, 53% expect positive returns.

UBS Investor Watch found that Trumpâs positioning as an outsider to the Washington establishment was critical to his election. Nine out of 10 wealthy investors feel Washington is in need of disruption, and two out of three (66%) believe a Trump presidency will be a catalyst for change. Additionally, investors demonstrated more faith in Trumpâs ability to address their top issues â the economy, healthcare and U.S. national security â than Hillary Clinton.

“Before the election, we saw many investors adopt a defensive stance, raising cash and moving away from stocks,” said Paula Polito, Client Strategy Officer of UBS Wealth Management Americas. “With the election behind us, many investors are looking ahead with a growing sense of optimism about the economy and the markets.”

Investor actions â before and after the election

Before the election, half of investors moved to protect their money. Thirty percent increased cash, while a quarter (25%) shifted to a more conservative asset allocation or cut back on spending (23%). Only 9% increased investments in the stock market.

Before the election, we saw many investors adopt a defensive stance, raising cash and moving away from stocks.

Many Trump supporters plan to increase investments in the U.S. stock market (33%) and increase personal spending (25%). Conversely, Clinton supporters are raising cash (28%) and shifting to a more conservative allocation (27%). Of those investors holding cash for a buying opportunity, the majority (63%) are waiting for a market dip before reinvesting. Forty percent are waiting for more clarity on Trump’s policies.

Benefits and concerns about Trump’s presidency

Trump’s supporters are most enthusiastic about fewer regulations (73% highly optimistic), a greater sense of national security (70%) and improved infrastructure (62%). One third of all investors, including 46% of Trump supporters, expect their taxes to decrease with Trump as president. If taxes are lowered, many investors would increase investments (45%), spending (28%) and charitable donations (30%).

For Clinton supporters, the biggest concerns about Trump’s presidency are uncertainty about what he will do in office (87% highly concerned), the rest of the world viewing America negatively (82%) and the potential for an economic recession (56%).

Among all investors, Trump’s temperament remains a concern. They view his biggest potential mistakes as engaging in personal attacks (60%), starting another war (58%) and failing to accept criticism gracefully (46%).

“Investors felt very strongly about both candidates,” said Sameer Aurora, Head of Client Strategy for UBS Wealth Management Americas. “The main thing now is not to make emotional, reactive decisions based on the election outcome. That’s where a Financial Advisor can add a great deal of perspective.”

Among investors who have already discussed the election with their advisor, the vast majority feel more confident about their portfolios (84%) and less likely to make an emotion-based financial decision (85%).

We invite you to read the full report here.

UBS Wealth Management Americas surveys U.S. investors on a quarterly basis to keep a pulse on their needs, goals and concerns. After identifying several emerging trends in the survey data, UBS decided in 2012 to create the UBS Investor Watch to track, analyze and report the sentiments of affluent and high net worth investors.

For this seventeenth edition of UBS Investor Watch, we conducted two surveys, one pre-election and one immediately after the election. In the pre-election survey, 1,294 affluent and high net worth investors participated from October 14-17, 2016. The core sample of 1,074 investors have at least $1 million in investable assets, including 250 with at least $5 million. We also included an oversample of 313 Millennials who met the following criteria:

UBS provides financial advice and solutions to wealthy, institutional and corporate clients worldwide, as well as private clients in Switzerland. The operational structure of the Group is comprised of our Corporate Center and five business divisions: Wealth Management, Wealth Management Americas, Personal & Corporate Banking, Asset Management and the Investment Bank. UBS’s strategy builds on the strengths of all of its businesses and focuses its efforts on areas in which it excels, while seeking to capitalize on the compelling growth prospects in the businesses and regions in which it operates, in order to generate attractive and sustainable returns for its shareholders. All of its businesses are capital-efficient and benefit from a strong competitive position in their targeted markets.

UBS is present in all major financial centers worldwide. It has offices in 54 countries, with about 34% of its employees working in the Americas, 35% in Switzerland, 18% in the rest of Europe, the Middle East and Africa and 13% in Asia Pacific. UBS Group AG employs approximately 60,000 people around the world. Its shares are listed on the SIX Swiss Exchange and the New York Stock Exchange (NYSE).