The New Politics of Planning

Income and Estate Tax Strategy for 2017 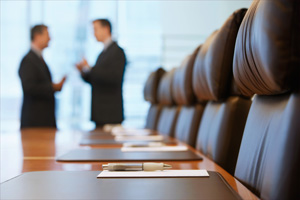 Mr. Daroff is associated with Baystate Financial Planning, Boston Ma. Connect with him by e-mail:
hdaroff@baystatefinancial.com.

Deferring income is based on an assumption that income tax rates will be lower next year. The selected strategy depends on who is in the White House, the Senate, and the House of Representatives. Nothing is certain from year to year, or at least every two-years.
.
The consensus prior to the election was that if Hillary wins and the Senate goes to the Democrats, then income tax rates would be higher in 2017. Therefore, you should have considered accelerating income into 2016.

However, if Donald were to win and the Senate remained Republican, then income tax rates may be lower in 2017. Therefore, you should have considered deferring income into 2017.

And the winner is â¦ a Republican controlled White House, Senate, and House. So, maybe you should have considered deferring income into 2017.

The proposed tax rates and brackets for Married Filing Jointly are:

For Single taxpayers, same rates but at half the income:

All other types of taxpayers (e.g., Head of Household) would be eliminated.

The top capital gain rate would remain at 20%, but again without the 3.8% ACA add-on.

The corporate tax rate, for C-Corporations, would be 15% (vs. a top rate in 2016 of 39%, which then drops to 35%). There is discussion that income from S-Corporations would also be subject to this15% rate.

How do you defer income? One key is to look at qualified retirement plans beyond 401(k). If you would like to see how this might work for your clients, you submit to a TPA (third party administrator) a current employee census showing date of birth, date of hire, W-2 compensation for all employees and K-1 income for the employee/owners, along with a summary plan description for the current plan(s), and a budget of how much additional the owners would like to defer.

The Massachusetts Constitution does not permit a graduated tax. MA has a single tax rate for all income now. The Massachusetts State Legislature passed the Millionaire Tax back in May 2016. However, that only means that it can be placed on the ballot for public vote to amend the State Constitution as early as the 2018 election.

If the voters vote in favor of amending the State Constitution, then the MA State Legislature would still have to vote to enact a separate tax rate for income over $1M, or potentially create other brackets depending on how the constitutional amendment is worded, and if approved.

However, the new President and Congress may decide to change these rules. Prior to the election, it was predicted that a President and Senate in the hands of the DemocratsÂ would lower the gift and estate exemption to the 2009 level of $3,500,000 for estates (with a 55% or 60% top tax rate) and a $1,000,000 lifetime gift limit, and we would lose portability.

If we see a return to 2010, with no estate tax, consider that a TAX INCREASE for most estates. In 2010, there was also no step-up in cost basis

Now that the new President and Congress are in the hands of the Republicans, it has been predicted that we may have a return to 2010, with no estate tax. We will keep watching to see what they do.

If we see a return to 2010, with no estate tax, consider that a TAX INCREASE for most estates. In 2010, there was also no step-up in cost basis. Take an estate of $2.1M in Massachusetts. The estate tax would have been$106,800. If that estate was all non-retirement assets with cost basis of $600,000, with stepped-up basis, the heirs could have sold those assets with no capital gains. However, if the heirs were to sell those assets with CARRYOVER basis and a 15% capital gains rate, for example, they would have to pay $225,000 in capital gains vs. the $106,800 they would have paid in MA estate taxes. For the states with no estate tax, the loss of stepped-up basis creates an even larger TAX INCREASE.

However, there is discussion to have no estate tax and a STEP-UP in basis up to $10M.

The plan announced by the Treasury Department was for discounts to disappear for family transfers in December 2016. Prior to that, a one-third interest in a $1,500,000 family business or real estate could have been valued at $300,000 to $400,000 instead of $500,000 based on discounts of lack of marketability and lack of voting control.

Please keep in mind that with proper trust drafting your client can remove EQUITY value from the estate, while retaining CONTROL (even if only indirectly) over those assets, and the ability to direct INCOME from those assets. Care should be taken when transferring highly appreciated assets with low cost basis since assets removed from the taxable estate do not benefit from stepped-up basis at death. For clients paying only State estate taxes, the FEDERAL and STATE capital gain taxes, on the difference between value and basis, may be higher than the estate tax savings.

As many of you are aware, the Internal Revenue Code has two major sections:

Who pays the taxes on the income generated from assets held in an irrevocable trust? Depending on the design of the trust, there are three choices;

Consider a client who pays $100,000 in current education expenses for his or her children or grandchildren. In a 40% (assumed) tax bracket, the client needs to earn $166,667 of income pre-tax. However, if that client has investment income (K-1 or 1099, not W-2), then he or she may be able to gift income producing assets to a trust that âspraysâ income to selected family members (e.g., parents, children, siblings) who might only need $150,000 or less income in order to net the same $100,000. Remember, direct gifts for education do not count as annual exclusion ($14,000) gifts or the lifetime gift exemption.

Yet, the Social Security Benefit increased by only 0.3% cost of living for 2017, which follows NO INCREASE in benefit between 2015 and 2016.