The New HealthCare Landscape: Calm Before The Storm?

Costs Slowed Again in 2013, but Employers Expect That Will Change in 2014 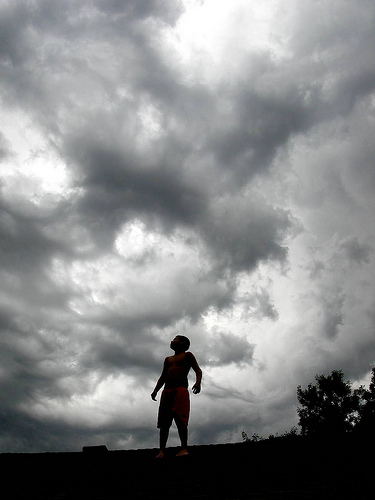 November 22, 2013- NEW YORK–(BUSINESS WIRE)–Slower cost growth continued in 2013 as employers took action in anticipation of new cost pressures that will arise over the next few years from health care reform provisions. According to the National Survey of Employer-Sponsored Health Plans, (www.mercer.com/ushealthplansurvey) conducted annually by Mercer, growth in the average total health benefit cost per employee slowed from 4.1% in 2012 to just 2.1% in 2013. Cost averaged $10,779 per employee in 2013; this includes employer and employee contributions for medical, dental and other health coverage.

But employers expect that the rate of growth in the per-employee cost of coverage will rebound next year, to 5.2%. This increase reflects changes they will make to reduce cost; if they made no changes to the current plans, they estimate that cost would rise by an average of 8.0%.

While cost growth has slowed among employers of all sizes, it was lowest for small employers in 2013. Among those with 10-499 employees, average cost rose by only about 1%, while among very large employers â those with 5,000 or more employees â it rose 3.7%. Small employers shifted cost to employees in 2013 with higher deductibles, which helped to hold down cost: the average PPO in-network individual deductible jumped 15% in 2013, to reach $1,663. Large employers focused on building enrollment in low-cost consumer-directed health plans and improving employee health management programs.

âThe good news is that employers have already taken decisive action to slow cost growth so they will be in a better position to handle the challenges ahead,â said Julio A. Portalatin, President and CEO of Mercer. âBut the impact of the ACA on enrollment levels remains a huge question mark.â

Higher enrollment could boost benefit spending substantially for some employers

Many employers anticipate spending more to cover more employees in 2014. The ACA mandate requiring all individuals to obtain coverage or face a tax penalty goes into effect in 2014. Currently, 22% of an employerâs eligible employees, on average, waive coverage for themselves, either because they are covered under another plan or because they choose to go without. Among employees who do enroll, on average 53% elect dependent coverage. But next year, because of the individual mandate, it is likely that fewer employees will waive coverage for themselves and more will elect dependent coverage â although the extent of the change is difficult to predict.

âThere are a lot of unknowns when it comes to enrollment,â said Tracy Watts, Mercerâs national leader for health reform. âA big question is how many employees will enroll for the first time, given that the tax penalty for not obtaining coverage is relatively small. But an employer might wind up covering more dependents if others in the area have made changes to discourage their employees from enrolling dependents.â

The majority of large employers believe that higher enrollments and new fees will boost their benefit spending in 2014. The median amount of the increase predicted is 3.5%, although some employers (13%) expect their spending on health benefits to increase by more than 10%.

âCost increases from higher enrollment would be on top of the normal increase in the per-employee cost of coverage,â said Ms. Watts.

Nationally, enrollment in CDHPs rose from 16% of covered employees in 2012 to 18% in 2013. This is the same portion that enrolled in HMOs. In the Midwest, CDHP enrollment is now more than double that of HMOs (27% compared to 10%).

CDHPs are an important option for employers looking for a low-cost plan to make extending coverage to additional employees more affordable. The average cost of coverage in a CDHP paired with a tax-advantaged health savings account is 17% less than coverage in a PPO and 20% less than in an HMO: $8,482 per employee, compared to $10,196 for PPOs and $10,612 for HMOs.

CDHPs will also be a key strategy for employers that need to find a way to lower cost in 2018, when they will be required to pay a 40% excise tax on health coverage that costs more than $10,200 for an individual or $27,500 for a family. Mercer estimates that about a third of employers are currently at risk for triggering the excise tax in 2018 if they make no changes to their most costly plan. Nearly two-thirds of all large employers and about one-third of small employers say they expect to offer a CDHP within three years.

A big question is how many employees will enroll for the first time, given that the tax penalty for not obtaining coverage is relatively small. But an employer might wind up covering more dependents if others in the area have made changes to discourage their employees from enrolling dependents

Perhaps because they are seeing results, employers are increasingly willing to invest in the success of these programs. Over half of large employers with health management programs now use financial incentives to encourage higher participation: 52%, up from 48% in 2012 and 33% in 2011. These incentives are often substantial. Among employers that offer lower premium contributions to employees completing a health assessment, the median reduction in the annual contribution required for employee-only coverage is $250. In addition, a growing number of employers are providing incentives for achieving desired outcomes, instead of (or in addition to) incentives for participating in programs. In 2013, 20% of large employers use outcomes-based incentives, up from 18% in 2012.

Staying in the game

Consistent with results from Mercerâs past four annual surveys, in 2013 few large employers â just 6% of those with 500 or more employees — believe it is likely that they will terminate their employee health plans within the next five years and send employees to the public health insurance exchanges. But the portion of small employers that say it is likely they will terminate their plans within five years jumped from 22% in 2012 to 31% in 2013.

Expanded eligibility under ACA In 2015 employers with 50 or more workers will be required to extend coverage to all employees working 30 or more hours per week. About a third of all large employers (500 or more employees) will be affected by this rule (32%), and among wholesale/retail organizations, which have large part-time populations, nearly half will be affected (48%).
Domestic partner coverage Over half of all employers (55%) now include same-sex domestic partners as eligible dependents. This varies significantly based on geographic region, from 71% of employers in the Northeast to 38% in the Midwest.
Spousal surcharges 16% of large employers have special provisions concerning coverage for spouses with other coverage available, up from 12% in 2012. Most common is to impose a surcharge (9%), but 7% do not provide coverage at all.
Tobacco-use surcharges 23% of large employers (up from 19% in 2012) vary the employee contribution amount based on tobacco-use status or provide other incentives to encourage employees not to use tobacco. Among employers with 20,000 or more employees, 46% now use an incentive.
Slight decline in offerings of retiree medical plans 22% of large employers offer an ongoing plan to retirees under age 65, down from 24%, and just 17% offer a plan to Medicare-eligible employees (unchanged from 2012).
Survey methodology

The Mercer National Survey of Employer-Sponsored Health Plans is conducted using a national probability sample of public and private employers with at least 10 employees; 2,842 employers completed the survey in 2013. The survey was conducted during the late summer, when most employers have a good fix on their costs for the current year. Results represent about 800,000 employers and more than 105 million full- and part-time employees. The error range is +/â3%.

The full report on the Mercer survey, including a separate appendix of tables of responses broken out by employer size, region and industry, will be published in April 2014. For more information, visit www.mercer.com/ushealthplansurvey.

About Mercer
Mercer is a global consulting leader in talent, health, retirement, and investments. Mercer helps clients around the world advance the health, wealth, and performance of their most vital asset â their people. Mercerâs more than 20,000 employees are based in 42 countries, and the firm operates in over 140 countries. Mercer is a wholly owned subsidiary of Marsh & McLennan Companies (NYSE: MMC), a global team of professional services companies offering clients advice and solutions in the areas of risk, strategy, and human capital. With over 53,000 employees worldwide and annual revenue exceeding $11 billion, Marsh & McLennan Companies is also the parent company of Marsh, a global leader in insurance broking and risk management; Guy Carpenter, a global leader in providing risk and reinsurance intermediary services; and Oliver Wyman, a global leader in management consulting. For more information, visit www.mercer.com. Â