The New Demographics of Planning 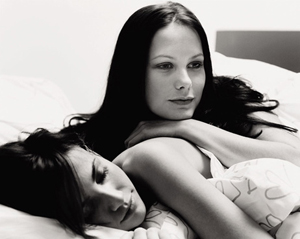 Ms. Repya is senior director of Advanced Markets for Allianz Life Insurance Company of North America (Allianz Life). Allianz Life is a unit of Allianz, which has been providing financial services through its affiliates in the United States since 1896. Allianz offers world class expertise across a wide range of financial services, from active asset management to innovative solutions to help grow and protect income in retirement. Connect with her by e-mail: deb.repya@allianzlife.com

Todayâs American families are quickly evolving. More than ever, these families need financial professionals who can evolve along with them. In the recent Allianz LoveFamilyMoney Study*, more than 4,500 Americans were surveyed to gain an understanding of what todayâs âmodernâ families look like. In addition to traditional families (those married to someone of the opposite sex with at least one child under 21 living at home), the study evaluated six distinct modern family structures including same-sex couple families, single-parent families, boomerang families (those with adult children returning home), multi-generational families, blended families and families with older parents and young children. The study not only brought to light the complicated structures of todayâs families, but it also demonstrated the countless opportunities that financial professionals have as they respond to each familyâs unique financial needs.

Focusing on Their Financial Future

In addition to specific financial goals like the ones listed above, there are important tax, estate planning and retirement considerations that can impact same-sex couples. These factors will vary depending upon marital status and state of residence. Since the Supreme Court ruling in 2013 changed federal law on the definition of marriage, same-sex couples who are considered legally married under federal law have different federal tax estate planning and retirement rules than when they were unmarried.

Be aware that some rules get more complicated for high net worth families, no matter their family structure, and may not always benefit a married couple. For legally married couples with high incomes, the so-called âmarriage penaltyâ might apply, if the couple is in one of the higher federal income tax brackets. What this means is that all things being equal, a married couple filing jointly with taxable income exceeding $148,850 in 2014 will pay more in federal income taxes than two single people who each have half of that, or $74,425. Taxable income above $148,850 is taxed in the 28% bracket, while two single filers may each earn up to $89,350 and stay in the 25% bracket. The 10% and 15% brackets for those married filing jointly are exactly twice the single filer brackets.

Thus, marriage does not offer more benefits for some couples. This is another example of where a good tax advisor can be priceless in helping with their situation.

Financial professionals who take the time to understand the financial issues of same-sex couple families have a golden opportunity to build new client relationships and help with their evolving financial planning needs. It is critical to keep up with the needs of todayâs families helping them address financial problems or conflicts and help build their financial landscape in retirement and the years beyond.

*The Allianz LoveFamilyMoney Study was conducted by The Futures Company via an online panel in January, 2014 with more than 4,500 panel respondents ages 35-65 with a household income of $50K+ and was commissioned by Allianz.