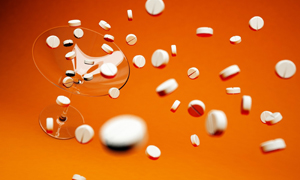 How Are 1115 Waiver Alternatives to Traditional Medicaid Expansion Working Out?

June 20, 2018 — The political debate around Medicaid has shifted from whether to expand eligibility for the program to how to expand it. For instance, Arkansas has used Medicaid funds to buy beneficiaries private coverage through the Affordable Care Act’s insurance marketplaces, while other states are planning to introduce requirements for work or community service.

In a Commonwealth Fund-supported study in Health Affairs, Benjamin Sommers, M.D., and colleagues at the Harvard T. H. Chan School of Public Health surveyed low-income adults in three Midwestern states with different Medicaid policies: Indiana, which used a waiver to expand Medicaid and introduced health savings accounts; Ohio, which expanded eligibility for traditional Medicaid; and Kansas, which has not expanded Medicaid but is considering doing so with work requirements.

The researchers find that health savings accounts and work requirements may not produce the results that state policymakers are aiming for. The authors estimate that confusion about health savings accounts in Indiana places as many as two-thirds of the enrollees at risk of losing some of their benefits or being locked out of the program altogether. In Kansas, work requirements may have modest effects on job-searching behavior but may not change the likelihood of employment for the majority of residents who might enroll were the state to expand Medicaid.

Synopsis
States are choosing whether and how to expand eligibility for their Medicaid programs. Coverage rates in 2017 were significantly higher in Ohio, which expanded traditional Medicaid, and Indiana, which expanded through a Section 1115 waiver, than in Kansas, which has not expanded. Still, many Medicaid beneficiaries in Indiana were confused about the stateâs health savings accounts or found them unaffordable. The use of alternative expansion approaches â like health savings accounts and work requirements â may have unintended consequences for coverage and access.

The Issue
The political debate around Medicaid has shifted from whether to expand the program to how to expand. For instance, Arkansas has used Medicaid funds to buy beneficiaries private coverage through the marketplaces. Other states are planning to introduce requirements for work or community service. In a Commonwealth Fundâsupported study published in Health Affairs, Benjamin Sommers and colleagues at the Harvard T. H. Chan School of Public Health surveyed low-income adults in three Midwestern states with different Medicaid policies: Indiana, which expanded Medicaid using POWER health savings accounts via a Section 1115 waiver; Ohio, which expanded eligibility for traditional Medicaid; and Kansas, which has not expanded Medicaid.

Findings
Ohio had significantly higher rates of Medicaid coverage compared to Kansas (53% vs. 36%) as well as lower uninsured rates (15% vs 20%). But there was no significant difference between Ohio and Indiana, the two expansion states.
Rates of delayed care because of costs were higher in Kansas and Indiana than in Ohio.

Among enrollees in Indiana, 39 percent said they had not heard of POWER accounts, 26 percent had heard of them but were not consistently making required payments, and 36 percent were making regular payments. The most common reason for nonpayment was affordability (31%).

In Kansas, work requirements would affect only a small share of the potential population. Of those with Medicaid or without coverage (and presumably eligible under expansion), 49 percent were working and 34 percent had a disability that kept them from working. Eleven percent were not working and said they would be more likely to look for a job if it were required for receiving Medicaid.

When studying Indianaâs waiver program, the authors noted that lack of awareness of the POWER health savings accounts was highest among Latinos and less-educated adults, which could exacerbate existing disparities. These findings are consistent with other reports showing that confusion or lack of awareness depress participation in consumer-directed provisions. At the same time, more than half of Indiana residents familiar with the accounts reported that they helped them think about which health care services they really needed â a goal of the waiver program.

âThese findings suggest that current Medicaid innovations may lead to unintended consequences for coverage and access and that ongoing independent monitoring of their effects is essential.â

Based on their findings, the authors believe work requirements would likely produce only modest impacts on job-searching behavior, motivating some people to look for jobs but not changing the likelihood of employment for the vast majority. Further, they warn that implementation of work requirements and other alternative expansion approaches require additional resources. â[A] work requirement that changes behavior for only a tenth of the population but requires verification of employment or exemptions for medical frailty and other hardships for the vast majority of beneficiaries also raises concerns about administrative efficiency,â the researchers conclude.

About the Study
More than 2,700 nonelderly adults with family incomes at or below 138 percent of the federal poverty level were surveyed in Indiana, Kansas, and Ohio. The survey was fielded between November 9, 2017, and January 2, 2018.

The Bottom Line
Expanding Medicaid â whether traditionally or using a different approach â has improved rates of coverage in Ohio and Indiana more than in Kansas, which has not expanded its program. Health savings accounts and work requirements may not produce the intended results and should be closely monitored.