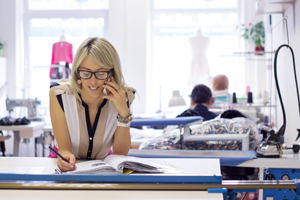 The analysis â which EY conducted on behalf of the Employee-Owned S Corporations of America (ESCA) â examines trends in S ESOP retirement plans from 2002 through 2019, including S ESOP plans’ net asset value, number of participants, average account balances, and distributions to participants.

An individual employee-owner participating in an S ESOP gets nearly $26,000 each year as an added benefit. This figure takes into account firm contributions, increased job security, and growth in S ESOP assets.

“Time and again, data show that the S ESOP model provides substantial added benefits to hardworking Americans who are able to be owners of their businesses,” said Stephanie Silverman, President and CEO of ESCA. “From amassing significant retirement savings to enjoying outstanding job security and more, employee ownership of private businesses has a proven track record of helping American workers and businesses thrive, even in the most challenging of climates.”

At a time when financial stability and retirement security are at the top of Americans’ minds, Silverman added, “our elected leaders should seize the opportunity to encourage the creation of more S ESOP companies. The U.S. House took a helpful step in this direction by including a partial incentive for business owners to transition to employee ownership in the bipartisan SECURE Act, aimed at increasing retirement savings, which passed with overwhelming bipartisan support last month. We are hopeful that the U.S. Senate will include a similar incentive in their own bipartisan retirement savings legislation.”

EY’s findings build on a growing body of data and research demonstrating the valuable benefits of employee ownership to American workers and businesses.

A recent study by the National Center for Employee Ownership (NCEO) found that employee ownership of private businesses through employee stock ownership plans (ESOPs) provided exceptional resiliency and financial security in the face of pandemic-driven economic challenges. In reporting on the study, NBC News noted that while record numbers of Americans have quit their jobs in what has been dubbed the “Great Resignation,” workers at employee-owned private businesses are “staying put and reaping rewards” in a sharp contrast with the “deep disaffection among workers” at many traditional companies.

Excerpts from the report: Contribution of S ESOPs to participantsâ retirement security and employee-owner benefits

while record numbers of Americans have quit their jobs in what has been dubbed the "Great Resignation," workers at employee-owned private businesses are "staying put and reaping rewards" in a sharp contrast with the "deep disaffection among workers" at many traditional companies...

The total cumulative return per participant on average for S ESOPs from 2002 through 2019 was over $300,000 (Figure ES â 1) for a compound annual growth rate of 12.1% or approximately a third higher than returns from the S&P 500 over this time period.

Over the same time period the S&P 500 Total Returns index grew at a compound annual rate of approximately 9%. This measure of S ESOP returns includes cumulative distributions and the growth in the value of net assets, net of cumulative contributions.

âº Distributions to participants totaled over $77 billion from 2002 through 2019, and annual distributions increased almost thirteen-fold during this period. S ESOPs contributed to the retirement security of their participants and their contributions continued to grow with 2019 levels at an all-time high.

A 2021 survey by John Zogby Strategies also found that workers at employee-owned S corporations (S ESOPs) reported being on significantly more stable financial ground than other U.S. workers during the COVID-19 pandemic.

To learn more about the Employee-Owned S Corporations of America (ESCA), visit here.