Producing positive benefits for both workers and their employers, including improved productivity and morale 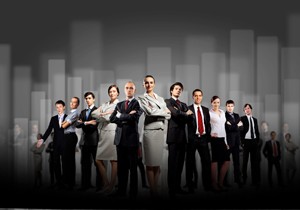 March 18, 2016Â —Â BOSTON–(BUSINESS WIRE)–Employees who participate in their companyâs Employee Stock Purchase Program (ESPP) may have more confidence and control over their financial well-being, according to research by Fidelity InvestmentsÂ®.

Analyzing the behaviors of more than 300,000 employees over a two-year period, Fidelityâs research1 found:

â¢ Forty-eight percent of employees who purchased company stock through an ESPP sold all their shares within two years, demonstrating the role company stock can play within an employeeâs overall financial plan.

â¢ Despite the significant percentage of sellers, the findings showed very few people âflippedâ their stock purchase: only six percent of employees that sold all of their shares did so within 10 days of purchasing the shares.

â¢ The research also found that age can impact how employees managed stock purchased through their ESPP. More than half (57 percent) of the employees under 30 years old sold all of their shares within two years, while 58 percent of employees over 60 years old held all of the shares they had purchased.

In addition to helping workers manage short-term expenses and financial needs, Fidelity research2 found that employees who work for a company that offers an ESPP are less likely to take a loan from their 401(k).

When faced with expenses that must be addressed quickly, cashing in shares from an ESPP may help to avoid the risks and implications associated with 401(k) loans, a move that can get in the way of reaching retirement goals and lead to reducing or stopping 401(k) contributions. In addition, the money does not have to be repaid if the employee changes jobs.

âFidelity studies3 have shown that offering employees the ability to purchase company stock can produce positive benefits for both workers and their employers, including improved productivity and morale, as well as a sense of ownership in the company,â added Barry. âItâs no surprise that many workers consider ESPPs one of the most important parts of their companyâs benefit program.â

Fidelityâs goal is to make financial expertise broadly accessible and effective in helping people live the lives they want. With assets under administration of $5.0 trillion, including managed assets of $2.0 trillion as of January 31, 2016, we focus on meeting the unique needs of a diverse set of customers: helping more than 25 million people invest their own life savings, nearly 20,000 businesses manage employee benefit programs, as well as providing nearly 10,000 advisory firms with investment and technology solutions to invest their own clientsâ money. Privately held for nearly 70 years, Fidelity employs 45,000 associates who are focused on the long-term success of our customers. For more information about Fidelity Investments, visit https://www.fidelity.com/about.

1 Fidelity analysis of more than 330,000 employees at 105 Fidelity clients that completed an ESPP share purchases in 2012. Employee behavior was measured as of December, 2014.