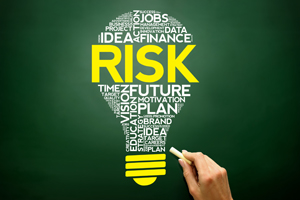 August 09, 2018 —Â NEW YORK–(BUSINESS WIRE)–So far this year, the U.S. stock market has been a financial roller coaster that has continued into summer. It has not been unusual to see the Dow swing in both directions by hundreds of points. At the conclusion of the first quarter, the S&P 500 had already seen 23 days with one percent movements. That is nearly three times the number of days this occurred in all of 2017. It appears volatility has become the new norm. Surprisingly, even with that significant increase in fluctuations, one-third of Americans (37%) characterized the financial markets during the first few months of 2018 as stable, according to a telephone survey in April of 1,014 U.S. adults conducted by The Harris Poll for the American Institute of CPAs (AICPA).

For many, increased market volatility may actually signal an opportunity. According to the survey, nearly half of U.S. adults (48 percent) believe that a volatile market gives them an easy opportunity to make a profit. Interestingly, both Millennials (aged 20-37) and Gen Xers (aged 38-53) are much more likely than Boomers (aged 54-72) to agree about the potential profitability of this short-term buying and selling high-risk behavior (62 percent and 55 percent vs. 37 percent). Experience in the markets appears to make a difference to more seasoned investors. Many Millennials have only experienced a bull market as adults and may not be as aware of the dangerous downturns that are a natural part of the market cycle.

âInvesting is not a get-rich-quick scheme and trying to time a volatile market with hopes for huge gains is a serious financial risk,â said Greg Anton, CPA, chairman of the AICPAâs National CPA Financial Literacy Commission. âMany people who enter the market looking for a quick buck find they canât handle watching their investment lose value, which leads them to sell at a loss. For most people, seeking incremental gains over a longer time horizon is a safer, more sustainable approach.â

Cryptocurrency appears to be foreign to many investors. The survey found that nearly half of U.S. adults (48 percent) are not familiar with Bitcoin, Ethereum, or Litecoin. Of the 42 percent who are familiar with cryptocurrency, there was wide speculation regarding how they would perform in the next year. A quarter (24 percent) felt they would rise in value, more than a quarter (29 percent) thought they would fall, over a third (35 percent) believed they will fluctuate wildly, and 12 percent said they will remain stable. Thus far in 2018, wild fluctuations have lead the five largest cryptocurrencies to decline in value substantially. Year-to-date, the global crypto market cap has fallen from $598.5 billion to just $234.9 billion, meaning more than $360 billion of cryptocurrency wealth has disappeared.

The risk associated with an investment opportunity is a crucial element to help Americans differentiate between investing and speculating. Investing is usually considered lower-risk and longer-term focused, whereas speculation is high-risk and short-term focused. An investorâs understanding of their own risk tolerance, the potential amount of money they can endure losing, is essential when building a balanced portfolio. The time over which an investment is expected to be held before it is liquidated (time horizon), your net worth, income and the ease in which an investment can be bought and sold (liquidity) all impact risk tolerance.

In addition to knowing your own risk tolerance, investing involves carefully researching business fundamentals such as quarterly financial earnings, profit margins and market positioning to make sure the opportunity fits your portfolio. Surprisingly, according to the survey, three in ten Americans involved in household investment decisions (28 percent) say they never do research into investment strategies and potential investment opportunities. And of those who do research, the majority (63 percent) do it quarterly or less. Perhaps this lack of research is what causes nearly a third of Americans involved in the investment decision making in their household (32 percent) to typically make high risk investments.

Year-to-date, the global crypto market cap has fallen from $598.5 billion to just $234.9 billion, meaning more than $360 billion of cryptocurrency wealth has disappeared...

âBefore Americans invest their hard-earned money, it is important they take control of their financial future and do some research. While no one can say with certainty whether an investment will go up in value, taking the time to evaluate past performance can give some insight into future possibility,â added Anton. âA well-researched and properly diversified portfolio that matches an investors risk tolerance will give confidence to stay focused on long-term strategy and protect from the temptation to sell during short-term price swings.â

Investing in financial markets is inherently risky and times of market volatility are difficult to navigate without an investment plan in place. Of those Americans who are at least somewhat involved in household investment decision making, six in ten (59 percent) do not plan on making an investment in the next year.

Here is the mix of investments for the 35 percent of Americans who have said they currently invest or are planning on investing in the next year; real estate (19 percent), 401(k) (19 percent), and IRA or Roth IRA (17 percent) were the most frequently cited. These are followed by mutual funds (16 percent), individual stocks (16 percent), CDs (11 percent), government bonds (10 percent), ETFs (8 percent), and cryptocurrency (five percent).

For Americans looking for investor education resources, the AICPAâs 360 Degrees of Financial Literacy website has numerous free resources available including an introduction to the markets, a term glossary, articles on investing basics and a collection of investment calculators.

This survey was conducted on behalf of AICPA by The Harris Poll by telephone within the United States between April 5 and 8, 2018, among 1,014 adults (510 men and 504 women aged 18 and over) including 414 interviews from the landline sample and 600 interviews from the cell phone sample. Results were weighted (using data from the Current Population Survey) where necessary to bring them into line with their actual proportions in the population.