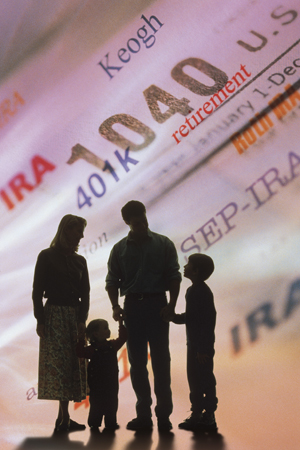 The growth in households with life insurance coverage reflects an increase in population rather than an increase in market penetration. The study found 30 percent of households remain uninsured, equal to the record low set in 2010.

âIt is certainly good news that so many more families have some form of life insurance than did in 2010, and that the downward trend of overall life insurance ownership has stabilized,â said Robert Kerzner, president and CEO, LIMRA, LOMA and LL Global. âHowever, more than 37 million American families are completely uninsured and at financial risk if their primary wage earner dies unexpectedly.â

Overall, 70 percent of Millennials own some life insurance (individual, group or both). This is 10 percentage points higher than in 2010. In addition, Millennialsâ ownership of individual life insurance has increased 48 percent since 2010.

âAs the leading edge of Millennials have gotten older, they are beginning to get married, buy homes and have children, which are the top triggers for people to shop for life insurance,â noted Kerzner. âMany of this generation became adults during the Great Recession. As a result, our studies indicate that they are more concerned about protecting their financial well-being than prior generations at the same age.â

The top three reasons Millennials own life insurance is to pay for final expenses (funeral, burial, etc.): 49 percent; to replace income: 35 percent; and to pay off their mortgage: 22 percent. This aligns with the general population.

More Households with Children Under 18 Have Life Insurance

One in five households with children under age 18 are uninsured, according to the 2016 study. This amounts to 3.7 million fewer households, compared with 2010 results.

Of those families who have no life insurance coverage, 73 percent recognize they need life insurance and 62 percent say they would be in immediate financial trouble if a primary wage earner died. The good news is two thirds of these households say they are likely to purchase life insurance within the next 12 months.

In 2010, insured households had coverage to replace their income for 3.5 years. Today that has dropped to 3 years, which is far lower than most industry recommendations.

As an industry, we need to redouble our efforts to educate consumers about life insurance in a simple, straight-forward way

âOur Life Insurance Needs Model examines total income, assets and debt, and the overall makeup of the household to determine how much life insurance would be adequate to keep the family financially stable in the event of the death of the primary wage earner,â said Kerzner. âOur findings indicate that even Americans who own life insurance might not own enough to keep their families financially secure. It is important that people reexamine their life insurance needs on a regular basis to ensure they have enough life insurance coverage as their life situations change.â

Families Focusing on Other Financial Priorities

More than 7 in 10 American households say a reason they have not bought more life insurance is because they have other financial priorities right now, such as paying off debt or saving for retirement. Nearly two thirds say they cannot afford it.

âConsistently consumers have told our researchers they believe they canât afford life insurance, but when we dug deeper, our research showed that many overestimate the cost by as much as 300 percent,â noted Kerzner. âAnother big reason people put off buying life insurance is because they donât know how much or what kind to buy. As an industry, we need to redouble our efforts to educate consumers about life insurance in a simple, straight-forward way.â

More U.S. Households Plan to Purchase Within the Next 12 months

âSeptember is Life Insurance Awareness Month, a time each year when the insurance industry comes together to remind Americans of the need to include life insurance in their financial plans,â said Kerzner. âHopefully these findings will help get people’s attention and serve as a wake-up call that now is the time to take action.”