14.6% of Americans have moved into precious metals and 4.9% into crypto 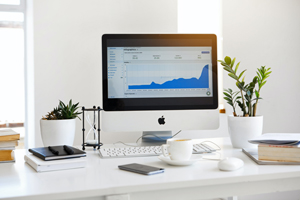 NEW YORK, May 5, 2022 /PRNewswire/ — A new survey of 2,502 American adults found that nearly 1-in-5 (79.1%) report having done nothing to their investment portfolio or retirement accounts to hedge against generationally high inflation levels.

Previous polling has found that 94% of Americans are upset or concerned about current inflation levels. However, the true extent of Americans’ inflation preparedness in today’s economy had not been unearthed until now.

The nationwide survey, conducted by Gold IRA Guide and published on May 4, 2022, also brings to light that traditional forms of inflation protection, such as Treasury Inflation-Protected Securities (TIPS) have fallen out of favor with the rise of Bitcoin, silver, and gold.

The survey asked a representative, weighted sample of 2,502 American adults aged 35 and over the following question:

“Which of the following investments have you recently added to your portfolio (i.e., IRA, 401k, etc.) in an effort to combat inflation?”

The results found that, while nearly 80% have yet to take any action on their portfolio in light of 40-year-high inflation levels, 9.4% have diversified with precious metals such as gold or silver. The next most popular diversification assets were cryptocurrencies, of which 4.9% of respondents claimed to have recently added to their portfolio due to inflation concerns.

Although most investors are concerned about inflation, many are willing to stay the course and wait it out rather than react...

Generally, older respondents (aged 55+) were much more likely to be “riding out” inflation by not taking action than their younger counterparts.

Regarding gender, women investors preferred real estate diversification (4.5%) over other asset classes, whereas men tended preferred gold the most (7.9%). TIPS, the lowest-risk asset class, was greatly favored by women compared to men, with 61% of TIPS investors being women.

The survey was designed and published by GoldIRAGuide.com, a free personal finance newsletter and education website. Responses were gathered from a nationally-representative sample, spanning all 50 U.S. states, over a 3-day period between April 29 and May 1, 2022, and were published on May 4th.

Financial writer Liam Hunt, one of the study authors, commented on the significance of the findings:

“These new data points paint a grim picture, one that depicts most Americans as unprepared for retirement. It also indicates a large discrepancy between what US investors think and what they’re prepared to do in order to curb inflationary effects. Although most investors are concerned about inflation, many are willing to stay the course and wait it out rather than react.

Furthermore, it appears that traditional tools for inflation hedging, such as TIPS, are being phased out in favor of newer asset classes such as Bitcoin and Ethereum, or hard assets such as real estate or precious metals. Of those polled, 14.7% have diversified primarily with hard, physical assets.”