Will the Gig Economy replace retirement?

In survey, almost 40 percent of respondents feel unprepared to save enough to maintain their lifestyle during retirement 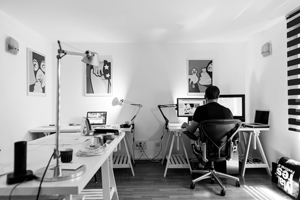 NEW YORK, May 17, 2018 /PRNewswire/ — Today, more than one in three U.S. workers are freelancers â and this figure is expected to grow to 40 percent by 2020. Increasingly, workers are eschewing or supplementing the traditional “nine-to-five” career with independent or temporary work, but these gig workers face daunting challenges preparing for retirement.

This shift in the workforce and the implications it has on gig economy workers and their finances, are detailed in “Gig Economy Workers and the Future of Retirement,” a new report from Betterment. The report highlights survey results from 1,000 U.S. respondents who are 25 years and older and working in the gig economy. Several themes emerged regarding two categories of workers: full-time giggers, workers who rely primarily on the gig economy for their income, and side-hustlers, individuals who rely on a traditional full-time job as their main source of income but supplement with a side gig economy job:

Key findings of the report include:

Gigging is the New Retirement Plan:
For many respondents, the gig economy is replacing how they plan to earn income in retirement:

The Gig Economy is a Debt Economy:
Betterment’s survey found that more than half of gig economy workers turn to this new way of working for financial reasons, not just for the freedom and flexibility it provides. While retirement catch-up is part of the equation, debt plays a big role in why 81 percent of gig economy workers say they can’t afford to prioritize saving for retirement.

“The emergence of the gig economy has changed the American workforce, and the way we save for retirement needs to change with it,” said Jon Stein, CEO of Betterment. “At Betterment, we’re helping investors prepare for this shift by providing solutions that go well beyond simply low-cost IRAs, by lowering costs and making investing accessible for everyone. It’s time for lawmakers to do the same by introducing a modern framework that gives non-traditional workers financial stability for the future.”

Gigging is the New Retirement Plan: For many respondents, it is replacing how they plan to earn income in retirement

Read or download the full report, Gig Economy Workers and the Future of Retirement.

Methodology
An online survey was conducted with a panel of potential respondents from February 1 to February 7, 2018. A total of 1,000 respondents 25 years and older, living in the United States completed the survey. 50% of the respondents had a full-time job as their primary source of income, while also earning income from a job in the gig economy. The other 50% rely solely on gig economy jobs as their primary source of income.

The sample was provided by Market Cube, a research panel company. Panel respondents were invited to take the survey via an email invitation, and they were incentivized to participate due to the panel’s established reward points program.

Betterment is the largest independent online financial advisor with more than $13.5 billion in assets under management. The service is designed to help increase customers’ long-term returns and lower taxes for retirement planning, building wealth, and other financial goals. Betterment takes advanced investment strategies and uses technology to deliver them to more than 350,000 customers across its three business lines: direct-to-consumer, Betterment for Advisors, and Betterment for Business. Learn more.

Investing in securities involves risks, and there is always the potential of losing money when you invest in securities. Determination of largest independent robo-advisor reflects Betterment LLC’s distinction of having highest number of assets under management, based on Betterment’s review of assets self-reported in the SEC’s Form ADV, across Betterment’s survey of independent robo-advisor investing services as of July 11, 2016. As used here, “independent” means that a robo-advisor has no affiliation with the financial products it recommends to its clients. If you also have a 401(k) account through Betterment For Business, that account is subject to a separate fee schedule and is not included in your balance for determining eligibility for the fee tiers or subject to the fee cap mentioned above.