At home and abroad, current events are shaping the market 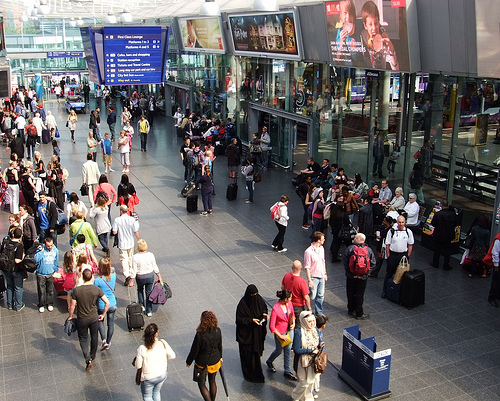 After a positive 4th quarter of 2011 and a good 1st quarter of 2012, markets had a rough time digesting macroeconomic and political volatility in the 2nd quarter. This week we’ve been eyeing the calendar with trepidation. A combination of important Supreme Court decisions, ISM data on manufacturing, July 1 Iran sanctions deadline, July 6 payroll data and European summits could ignite market volatility.

Now that we’ve digested the Supreme Court decision on health care, we think attention should now be focused on the serious news of European crisis management. The markets cheered European moves to help recapitalize banks and begin the process of solidifying pan-European institutions. We’re not out of the woods in Europe by any means, but these steps move us in the right direction. Like the past two summers, we think the markets again will begin to focus on other matters (like U.S. growth). We see last week’s news from Europe as continued evidence that European authorities will ultimately do whatever it takes to preserve the currency union and contain the debt crisis.

In the U.S., the data is all pointing in the same direction – a slight deceleration in growth, from the 2%-2.5% growth range to a stall speed of 1.5%-2%. This is not good news, but the data does not currently point to recession. Moreover, with the recent downward trend in energy prices, we probably continue to slog along at these low growth rates. Unfortunately, this level of slow growth makes us vulnerable to further shocks. On the flip side, any display of strength from the U.S. economy and stock markets could move higher rapidly.
The markets have had a tough quarter digesting this economic deceleration. The 2nd quarter was particularly tough on growth-sensitive equities and commodities. The market punished European dallying on solving the debt crisis. In the S3 Portfolios we’re currently underweight in European stocks, but note that there are extremely compelling valuations there. Moreover, we continue to believe that the current macroeconomic climate will require additional stimulus in both the U.S. and Europe that will ultimately benefit commodity and equity holders.
We believe that many market players and businesses are very cautious ahead of the election. This lack of “animal spirits” is showing up in weaker economic activity. However, we think some economic acceleration will begin to appear once we get closer to the election and the political outcomes get clearer. For all the talk of a “fiscal cliff” in the U.S. in the transition to 2013, we believe that the probability of falling off that cliff is virtually zero. The odds that we extend the status quo are incredibly high (with the exception of the onerous capital gains tax financing of the health care bill). We will position portfolios for an extension of the current income, estate and capital gains tax climate.

We're not out of the woods in Europe by any means, but these steps move us in the right direction

For new accounts, we’ve had some or all cash on the sidelines since late April. News that the Europeans are finally coming around to more pan-European solutions is a catalyst for putting that cash to work. We believe the market recovery that began in March 2009 is still intact (see Chart 1). We continue to use pullbacks like the 2nd quarter as good entry points into globally diversified ETF portfolios.