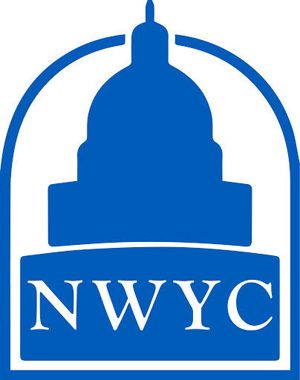 View the results of the index here.

NWYC’s poll represents the opinions of more than 1,100 NWYC members across 47 states in the services, construction, retail, manufacturing and agriculture industries. Findings from the index include:

“Small business is the engine driving the U.S. economy and their voices must be heard. What our index shows is that in this divisive election year, small business owners across America are dissatisfied with the actions of federal government,” said Randy Ford, president of National Write Your Congressman. “Small business owners believe there is much room for improvement, and in many respects have felt neglected by Washington.”

The 28 million small businesses across the country make up more than half of the U.S. economy (54 percent).1 Mirroring the groundswell of a grassroots call for change in the U.S. during this election season, NWYC’s index reveals small business owners are most concerned in improving healthcare, regulation, immigration and tax reform.

Small business owners believe there is much room for improvement, and in many respects have felt neglected by Washington.

According to research from the Congressional Management Foundation, effective communications and interactions between citizens and elected officials are essential to the democratic process, both to sustain the credibility of government and to maintain a free flow of ideas which can be integrated into policy decisions.

“NWYC presents both sides of the issue so that members can form an educated opinion and let their opinions be heard,” said Ford.

NWYC exists to provide members with non-partisan information and research along with the tools they can use to connect with their representatives in Washington and advocate for the policies and actions that will help their small business be successful for their families, their employees and their communities.

Demographic Profile
NWYC’s inaugural Index on the Sentiments of Small Business Towards Congress, conducted between October 14 – 24, 2016, is based on data collected from 1,177 respondents within NWYC’s membership. Respondents represented individuals from 47 U.S. states. Ninety eight (98%) percent of respondents identify as small business owner/operators. Sixty one percent (61%) of respondents employ between one and nine people and thirty six (36%) percent of respondents employ between 10-99 people. Predominant industries represented included: services (21.1%), construction (20.5%), retail trade (14.0%), manufacturing (13.5%), and agriculture (10.6%). Sixty six percent (66%) of respondents are ages 45-64.

About National Write Your Congressman
National Write Your Congressman (NWYC) is an organization that gives small businesses a voice in American government. As the nation’s largest, privately held, nonpartisan membership organization made up of small businesses, NWYC is dedicated to the delivery of constituent opinions to representatives in Washington. For more than 55 years, NWYC has provided small business owners and operators the tools necessary to connect with members of Congress and a platform to let their collective voice be heard. NWYC’s team of experts provides unbiased, nonpartisan information and research on top issues and pending legislation relevant to small business owners today. NWYC presents both sides of the issue so that members can form an educated opinion and let their opinions be heard. For more information, visit here.