Are they reporting ânon-GAAPâ income? 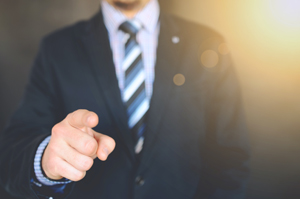 LAKEWOOD RANCH, Fla., June 8, 2021 /PRNewswire/ — A recent study published by the American Accounting Association finds that narcissistic CEOs are more likely than other CEOs to make financial disclosures about their companies that stray from generally accepted accounting principles (GAAP) â and that these disclosures are likely to be more misleading.

At issue are reports of “non-GAAP earnings.” GAAP is a widely used set of standards that effectively standardizes financial reporting by publicly traded companies in the United States. When a company reports non-GAAP earnings, it excludes one-time costs or revenues. The idea is that this gives investors a better idea of the company’s long-term financial circumstances.

“Narcissists are experts at finding ways to make themselves look good,” says Kari Olsen, co-author of the study and an associate professor of accounting at Utah Valley University. “We wanted to see if narcissistic executives were using financial reporting mechanisms to aggrandize themselves. They are â and non-GAAP earning statements are one way they’re doing it.â

The researchers looked at data from 19,092 firm-quarter observations on 923 CEOs. All of the CEOs had to have held their position for at least four years. CEO narcissism was assessed using a well-established measure that combines three variables: the CEO’s salary and bonus relative to that of the second-highest paid executive at the firm; the CEO’s relative “non-cash” compensation, such as stock options; and the size and prominence of the CEO’s picture in the firm’s annual report.

The researchers found that the more narcissistic the CEO, the more likely they were to exclude costs in non-GAAP statements. In addition, the costs they excluded tended to be larger. These exclusions were also more likely to recur year after year, meaning the exclusions were of “low quality” â and shouldn’t have been excluded in the first place.

We wanted to see if narcissistic executives were using financial reporting mechanisms to aggrandize themselves. They are â and non-GAAP earning statements are one way they're doing it...

What’s more, the researchers found that companies which had already exhausted all of their GAAP-compliant options to improve their financial statements were even more likely to exclude costs in non-GAAP reporting.

“And that’s magnified if it’s a narcissistic CEO,” Olsen says.

What Does That Mean For Investors?

“The literature on narcissism in CEOs is a mixed bag; having an unusually confident leader can have benefits,” Olsen says. “However, this study highlights the need to view earnings disclosures from narcissistic CEOs with heightened skepticism.â

And there are take-aways for accountants as well. “Accountants who are responsible for financial reporting need to be able to stand up to a narcissistic boss and ensure the company’s financial statements are not misleading,” Olsen says. “And if auditors see CEOs engaging in this sort of low-quality non-GAAP reporting, it’s a sign there may be pressure from the CEO to cut other corners. That suggests a more in-depth audit may be warranted.â

The American Accounting Association (www.aaahq.org) is the largest community of accountants in academia. Founded in 1916, we have a rich and reputable history built on leading-edge research and publications. The diversity of our membership creates a fertile environment for collaboration and innovation. Collectively, we shape the future of accounting through teaching, research and a powerful network, ensuring our position as thought leaders in accounting.