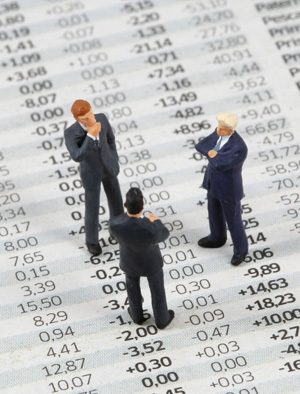 “Vanguard recognizes that expectations play a key role in making financial decisions,” said Steve Utkus, global head of investor research for Vanguard Investment Strategy Group and co-author of the paper. “Rather than focusing on past financial markets, our research seeks to understand what investors are anticipating in terms of future scenarios and events.”

In the paper, Vanguard researchers highlighted the following findings:

Expectations for Stock Market Returns: In the most recent survey, the average expected one-year stock market returns were roughly 5%, and the expected 10-year returns were approximately 6%, both of which are lower than the annualized return of the past 30 years. While these expectations are rather muted, they remained consistent across surveys beginning in 2017 and are marginally more optimistic than the central tendency of Vanguard’s expected return outlook, which ranges from 3% to 5%.

Probability of Various Market Scenarios: When presented with five possible scenarios for U.S. stock markets over the next 12 months, investors assigned a 72% probability of conventional equity market returns (a one-year return ranging from â10% to 30%). Probabilities for each of the five prescribed scenarios are listed below:

Rather than focusing on past financial markets, our research seeks to understand what investors are anticipating in terms of future scenarios and events...

In order to better understand expectations for future market scenarios, a random sample of U.S.-based Vanguard retail and 401(k) investors participated in a bi-monthly, online survey.

“More than 16,300 respondents completed approximately 32,200 surveys in 15 installments over the past two-plus years,” said Jean Young, senior research associate with Vanguard Investment Strategy Group and co-author of the paper, who noted a caveat about the benign market environment. “With this data serving as a baseline for understanding individual investor market expectations, we are seeking to use ongoing surveys to evaluate the ways in which expectations evolve and are interrelated with other dynamics (e.g., savings rates), especially during periods of market volatility.”

Variations among investors and over time
Individual respondentsâ beliefs about future stock market returns varied considerably. For example, nearly 10% expected one-year returns of 8% or more, whereas 12% expected negative returns (see Figure 4a). They were somewhat more optimistic about long-term returns, with substantially less variation. While 12% of individuals had negative expectations for one-year returns, far fewer, only 2%, had them for ten-year annualized returns (see Figure 4b). One- and ten-year return expectations mostly centered in the 2% to 6% range.

Thus far we have primarily focused on U.S. equity market expectations at a single point in time: June 2019. However, individual beliefs remained remarkably consistent through all 15 surveys (see Figure 5). U.S. equity markets rose by double digits in 2017 and declined by 20% toward the end of 2018. We see some evidence of a relationship between these events and the distribution of returns. The range of returns (the difference between the 90th and 10th percentiles) shifted to a more positive range in early 2018 and dropped (and widened) in December 2018.

Implications
Vanguard investor U.S. equity market expectations were remarkably muted overall, and the results are surprising in a number of ways. One-year expected returns remained at a single-digit level despite doubledigit stock returns in recent years. Ten-year expected returns were also in the single digits despite long-term double-digit returns. Expectations varied only slightly through the 15 surveys, which may reflect the relatively benign economic and market environment in which they were conducted. Nonetheless, there was some evidence of waves of optimism and pessimism. Investors became more optimistic in early 2018 after a strong market year in 2017 and somewhat more pessimistic in December 2018 after the â20% peak-to-trough price decline. At that time, they saw a probability of just under 20% that the market would fall more than â10%.

About Vanguard
Vanguard is one of the world’s largest investment management companies. As of January 31, 2020, Vanguard managed $6.2 trillion in global assets. The firm, headquartered in Valley Forge, Pennsylvania, offers more than 425 funds to its more than 30 million investors worldwide. For more information, visit vanguard.com.

All investing is subject to risk, including the possible loss of the money you invest.

This study is based on a larger effort by researchers at the Yale School of Management, Stanford Graduate School of Business, New York University Stern School of Business, and Vanguard. An in-depth analysis can be found in S. Giglio, M. Maggiori, J. Stroebel and S. Utkus, “Five Facts about Beliefs and Portfolios,” 2020.