For 2015, renewed focus on health and fitness;
Financial planning remains a low priority 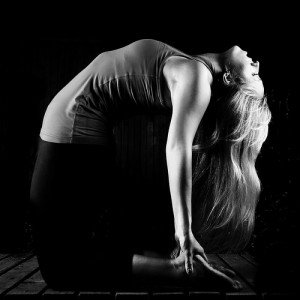 MINNEAPOLIS â Dec. 29, 2014 â As Americans make their New Yearâs resolutions for 2015, once again, the majority will be more concerned about their waistlines than their wallets, according to the 6th annual New Yearâs Resolution Survey* from Allianz Life Insurance Company of North America (Allianz Life). This focus on fitness over finances has been a reoccurring trend, reaching its peak in 2014, with nearly half (49%) of respondents saying that health/wellness is the most important focus area for the upcoming year, up from 43% in 2013. Similarly, exercise/diet was highlighted as the top New Yearâs resolution that most people said they would most likely make and keep (42%), ahead of managing money better (40%) and spending more time with family/friends (32%).

While financial stability continues to be an important topic for New Yearâs resolutions, it remains a lower priority for most Americans with only 30% of respondents choosing it as their top focus for 2015. This lower level of interest in finances is consistent with the decline in percentage of Americans who said they will include financial planning in their New Yearâs resolutions for the upcoming year, down from a high of 33% in 2009 to only 15% in 2014.

âWith a healthier U.S. economy, continued market strength and lower unemployment, people have forgotten the trauma they experienced in 2008-2009 and have more confidence in the state of their finances,â said Katie Libbe, vice president of Consumer Insights for Allianz Life. âThings are looking up, but that can change overnight and itâs important that people take the time to review their current financial situation and determine if any changes are necessary that can help them meet both short- and long-term goals.â

One thing that has changed, however, is Americansâ interest in getting professional help with managing their finances. Nearly a quarter (23%) of respondents said they are more likely to seek the advice of a financial professional in 2015, up from 19% in 2013. More Americans (36%) also selected âfinancial professionalâ as their top choice if they had free access to assistance from a top professional, ahead of nutritionist/dietician (28%), personal trainer (23%) and career counselor (13%).

Anecdotally, this interest in getting more help may be related to the fact that Americans say they are feeling more stressed going into 2015. Four in ten respondents said they are âmore stressedâ compared to how they felt at the end of 2013 with a similar number (39%) noting their level of stress was âabout the same.â Less than a quarter (21%) said they were âless stressedâ than how they felt going into 2014.

With a healthier U.S. economy, continued market strength and lower unemployment, people have forgotten the trauma they experienced in 2008-2009

What are the top worries behind this stress? More than four in 10 (45%) identified âdata breaches by big retailers that could trigger identity theftâ as either their top or second ranked concern in 2014. This was followed by âISIS and other terrorism threats that make me worry about safety and securityâ (43%) and âstagnant wages that prevent me from getting ahead financiallyâ (42%). More than a third of respondents (38%) said that âmarket uncertainty so I cannot confidently grow my retirement savingsâ was among their top two concerns.

In terms of bad financial habits that are holding people back from achieving their financial goals, results were similar to previous years. Top responses this year included ânot saving any moneyâ (28%), âspending too much on things not neededâ (27%) and âsaving some money, but not as much as I couldâ (24%). When asked about the one thing they could do to improve their finances in 2015, most respondents said âpay off credit cardsâ (19%), followed by âbuild up my emergency savingsâ (17%) and âincrease my retirement savingsâ (14%).

âBad habits die hard,â said Libbe. âAlthough itâs not surprising to see that people still have issues with credit card debt, it is encouraging that there is some recognition about the importance of addressing retirement savings. The New Year is a great time to evaluate your financial plan â and whether people choose to go it alone or utilize guidance from a financial professional, any proactive step can help lessen financial stress.â

About Allianz Life Insurance Company of North America
Allianz Life Insurance Company of North America, one of FORTUNEâs 100 Best Companies to Work For in 2014, has been keeping its promises since 1896. Today, it carries on that tradition, helping Americans achieve their retirement income and protection goals with a variety of annuities and life insurance products. As a leading provider of fixed index annuities, Allianz Life is part of Allianz SE, a global leader in the financial services industry with 148,000 employees worldwide. More than 78 million private and corporate customers rely on Allianz knowledge, global reach, and capital strength to help them make the most of financial opportunities.