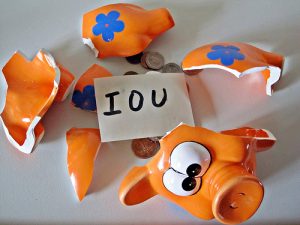 Singles, households with no pensions, African-Americans and Hispanics have larger shares of households with deficits. Health care and home related expenses are the biggest drivers of income deficit.

Sudipto Banerjee, EBRI research associate and author of the article on income of the elderly, noted that deficit spending is especially damaging for elderly Americans with low incomes. âThose with an income shortfall are far more likely to be low-income, low-asset households, and they spend down their liquid assets at a faster rate than households that do not have an income shortfall,â Banerjee said.

Specifically, the report found that in 2009, 14.3 percent of households with members age 65 and above had spending that exceeded 175 percent of their household income. One in 5 households (19.2 percent) age 65 outspent their income by 50 percent or more.

Specifically, the report found that in 2009, 14.3 percent of households with members age 65 and above had spending that exceeded 175 percent of their household income. One in 5 households (19.2 percent) age 65 outspent their income by 50 percent or more

EBRIâs analysis of the financial condition of elderly is published in the February EBRI Issue Brief, âIncome Composition, Income Trends, and Income Shortfalls of Older Households (PDF),â which utilizes data from the Health and Retirement Study (HRS) and the Consumption and Activities Mail Survey (CAMS), and tracks data from 2001 to 2009. These studies focus on the income patterns of older U.S. households over age 50. The full EBRI report is online at www.ebri.org

The Employee Benefit Research Institute is a private, nonpartisan, nonprofit research institute based in Washington, DC, that focuses on health, savings, retirement, and economic security issues. EBRI does not lobby and does not take policy positions. The work of EBRI is made possible by funding from its members and sponsors, which includes a broad range of public, private, for-profit and nonprofit organizations. For more information go to www.ebri.org or www.asec.orgÂ  Â