Most Americans Say Social Conversations About Money are Taboo 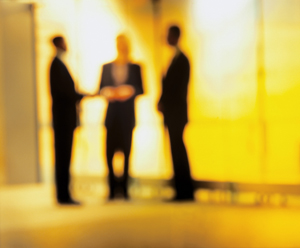 MIDVALE, Utah, Nov. 25, 2015 /PRNewswire/ — With the holiday season upon us, here’s a little advice on what people don’t want to hear about over a cup of eggnog: your financial affairs.

In a survey conducted by Ally Bank, the U.S. direct bank and subsidiary of Ally Financial Inc. (NYSE: ALLY), 70 percent of Americans say they think it’s rude or inappropriate to discuss personal money matters in a social setting. This and other findings are part of a study conducted by Ally exploring how, when and with whom people talk about money, and how it influences their social lives.

“Budgeting, saving and spending are important lifelong activities, and we wanted to explore whether these topics are part of the conversations people have during social gatherings for the upcoming holidays and beyond,” said Diane Morais, chief executive officer and president of the Ally Bank subsidiary.

“What we found is that when people do discuss finances socially, nearly one half of our survey respondents said they prefer to keep it neutral – for example, talking about price comparisons on goods and services, or where to find a better interest rate on a savings account.”

More than any other age group, millennials (59 percent) acknowledged talking with others about their income, savings and debt, even though nearly two-thirds agreed it is rude or inappropriate to talk about money in a social setting. In fact, almost half say they disclose their income to others, and 62 percent say it is important for them to surround themselves with people who they feel are financially secure.

Conversely, the percentages for those indicating they prefer to mingle with people who they feel are financially secure declined steadily in older age groups, with only 40 percent of those 55 and older rating this as important.

When asked where people choose to discuss difficult personal money matters with a spouse or significant other, 45 percent chose the dinner table. The percentage was lower among people earning $35,000 or less (38 percent) or in households with kids 13 and older (36 percent).

The survey also revealed the following:

A telephone survey was conducted by Opinion Research Corporation among a national probability sample of 1,008 adults 18 years of age and older, living in the continental U.S.

Ally Bank is a direct bank in the U.S. that offers a straightforward approach to banking with no minimum deposit required to open an account, no monthly maintenance fees and 24/7 live customer service. A subsidiary of Ally Financial Inc., the Bank offers online savings, interest checking, money market accounts, certificates of deposit with terms ranging from three months to five years, and IRA Plans and products. Member FDIC.