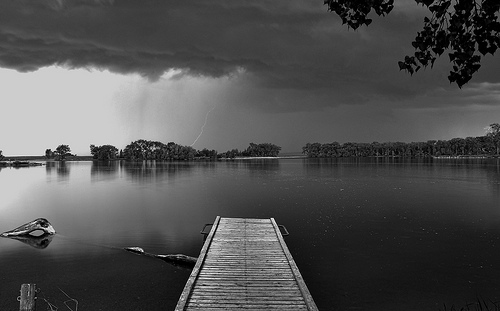 The collapse of the housing market and the ensuing fight over financial and legal culpability in the mortgage credit crisis of 2008 continue to dominate the courts and business headlines. Last weekâs $13 billion settlement by JP Morgan with the Department of Justice marks the largest penalty ever paid by a private-sector company to a government agency.

The mortgage fight pits a number of obvious players against one another: borrowers versus lenders and investors versus banks. However, the role of the mortgage servicer has been far less understood and as a result remained more under the radarâuntil now.

The mortgage servicer plays the critical role of âclearing houseâ in the mortgage finance business through accepting and processing payments, managing escrow issues andâof key importance since the onset of the financial crisisânegotiating workouts, modifications and the foreclosure process when necessary. The poor performance of servicers led to a staggering $25 billion settlement with state and federal regulators last year. Despite the settlement, the Consumer Financial Protection Bureau continues to be concerned with mortgage servicing problems and the potential for harm to homeowners.

New York Attorney General Eric Schneiderman has sued Wells Fargo over its failure to make changes required under the national mortgage settlement. Bank of America appears, at least according to the Attorney Generalâs office, to have taken sufficient steps toward improving its loan modification process. Other Attorneys General are also expressing concerns that the terms of the settlement arenât being met and more litigation action may follow.

Mortgage servicing represents the pipes with which the mortgage industry operates. If the pipes arenât functioning properly, the relationship between borrower and lender are broken. Given the critical role of the servicer, far more attention needs to be paid to this area of the mortgage market. To paraphrase British statesman Edmund Burke, for those investors deploying capital in the mortgage market, learn from history or be destined to repeat it.

The outcome of Alabamaâs Jefferson County bankruptcy (the second largest U.S. municipal bankruptcy to date) will be the basis of valuable but painful lessons for creditors, taxpayers, bankers, monoline insurers, and distressed hedge funds. It also may set an example for holders of other distressed municipal bonds to consider out-of-court negotiations as a potentially viable course of action. Both bondholders and county ratepayers for sewer services were impacted.

Under a bankruptcy restructuring plan approved by a federal judge on Nov 21, 2013, bondholders will forgive $1.4 billion of Jefferson Countyâs $3.2 billion sewer bonds. In turn, sewer ratepayers will be subject to an annual 8% rise for the next four years and 3.5% thereafter. The plan also provides a unique mechanism to reset the rates higher in the future to pay the new bond obligations as deemed necessary under supervision of the bankruptcy court for the next 40 years. The new mechanism helped win back investors in the $1.8 billion new bonds issued and spread the burden to all parties.

The poor performance of servicers led to a staggering $25 billion settlement with state and federal regulators last year. Despite the settlement, the Consumer Financial Protection Bureau continues to be concerned with mortgage servicing problems and the potential for harm to homeowners

The bankruptcy restructuring process for reaching a workable plan was expensive and took a long time. Many of the bondholders were not familiar with how the bankruptcy process works and didnât have the luxury of holding on to their bond holdings. A few distressed hedge funds carefully analyzed the probability of different outcomes which emboldened them to take a chance buying the defaulted bonds at deep discounts and now will benefit from the restructuring.

It is expected that the restructuring solution used in this case, including future adjustments under the supervision of bankruptcy court, may become a template for other distressed municipalities. The question remains if a similar template can be executed through a pre-negotiated bankruptcy filing arranged among the major holders to avoid costly legal expenses and time.

Reactive Regulatory Regimes and Financial Governance: The case of the Volcker Rule

The ongoing inter-agency discord over the parameters of the Volcker Rule, prohibiting financial banking institutions from engaging in proprietary trading that puts a bankâs own capital at risk, illustrates how difficult it is to design a regulatory regime with clearly defined rules. While politics may partly explain the challenge behind regulatory opaqueness or vagueness, it also has a lot to do with the inescapable complexity of the financial system. Instead of a clearly defined regulatory road-map with predictable rules, we see reactive institutional and regulatory posturing.

Had JPMorganâs âLondon Whaleâ scandal not happened, the five agencies (the Federal Reserve, Securities and Exchange Commission, Commodity Futures Trading Commission, Federal Deposit Insurance Corporation, and the Office of the Comptroller of the Currency) tasked with finalizing the Volcker Rule might have reached a consensus on the final version of the rule. The London Whale presented a real proprietary trading case against which regulators could test the relevance and effectiveness of the proposed Volcker Rule.

While both the SEC and the CFTC had raised objection to the Volcker Rule for being too lenient on banks, they appear to be going separate ways. Meanwhile, the U.S. Chamber of Commerce expressed its reservations against the Volcker Rule, raising concerns over serious unintended consequences of the rule on the ability of non-financial businesses to raise capital and hedge themselves.

Financial institutions are concerned that the Volcker Rule would curb legitimate intermediary functions such as market making and hedging. By prohibiting a bank from holding equity in a âcovered fund,â it could negatively affect investments in hedge funds, private equity funds or investment trusts.

Balancing the concerns of multiple constituencies along with designing a macro-prudential framework for financial stability remains a daunting challenge for regulators, as evidenced by the convoluted case of the Volcker Rule.

Instead of instituting necessary corrective measures, a reactive response to financial regulations and inter-agency regulatory differences undermines the credibility of the intended rules. There is a risk that regulatorsâ ad hoc and reactive approach to financial governance, paradoxically, might be engendering more instability in the financial system by reducing market liquidity and the ability to trade and hedge.