Mortgage REITS: How Will They Fare?

The key is in the ‘short rate’ 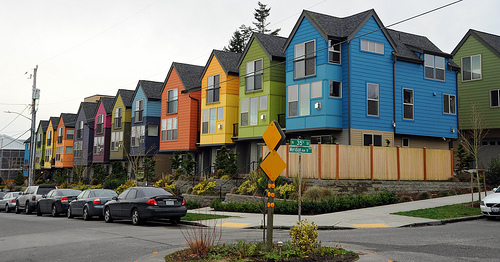 âInvestors shouldnât dump their mortgage REIT (âmREITâ) stocks too quickly because their dividend payout yields are expected to remain high as long as the Fed keeps the short rates real low,â says Ron DâVari, CEO and Co-Founder of NewOak.

mREITs were beaten over the last month with the trend accelerating early last week as the agency 30-year fixed-rate mortgage (âFRMâ) rates jumped by as much as 1.20% reaching above 4.5% mark. This means a new 30-year mortgage borrowerâs monthly payments will be higher by over 30% than a similar borrowerâs payment just a month ago. Movements of this magnitude over such a short time span are unprecedented. Therefore it is not surprising that investors are reacting this way.

Over the last few years, agency-only mREITS yielded higher than most other stocks including equity REITS. The mREITsâ high yields were generated by borrowing at the short rate and lending at the higher longer FRM rates. Hence, through leverage mREITS have paid out double digit dividends while bank deposits have paid close to nothing.

The Federal Reserveâs signalling of the QE3 tapering soon spooked the mortgage markets causing the carnage even though it will depend on continuation of positive data. Despite the jump in FRM rates, many mREITs have continued their still high dividend rates, albeit somewhat smaller. The income from the mREITs underlying mortgage portfolios havenât changed, and neither have their short term borrowing costs. Given it will be quite a while before the Fed increases short rates, mREITs ability to pay high yield should last at least another year or two until they start to hedge their portfolios.â

In fact higher FRM rates and steeper yield curve (i.e. larger spread between short and longer dated rates) should be positive longer term for the mREITs. Steeper yield curve would encourage bank buying of FRM which would offset Fed’s pairing down. Mortgage REITs could potentially also benefit from a changing mortgage finance market that may lead to lower defaults for non-agency mortgages. However mREITs are expected to remain very sensitive to interest rate due to natural leverage and also tightening regulations. This will be particularly the case for agency-only mREITS and less so for non-Agency floating RMBS REIT strategies. While they will be volatile, mREITs will continue to be highest income stocks but their relative advantage would become narrower.

The mREITsâ high yields were generated by borrowing at the short rate and lending at the higher longer FRM rates. Hence, through leverage mREITS have paid out double digit dividends while bank deposits have paid close to nothing

“The American Banker published an article last week highlighting a potential solution to help jumpstart the dormant market for private-label mortgage backed securities â bringing a 3rd party reviewer into the transaction in order to determine who is on the hook for bad loans,â says James Frischling, President and Co-Founder of NewOak.

The article says the reason investors are reluctant to buy private-label securities is they do not trust the trustees to look after their interests. The role of a 3rd party reviewer or ârefereeâ is not limited to private-label mortgages and is an important part of bringing securitization and leverage transactions back into the fold.

Many private-label and structured transactions that resulted in losses are now in litigation as the parties fight about the price of the collateral, the performance of loans and the seizure and liquidation of collateral. The role of a 3rd party reviewer or referee at the onset of the transaction could have prevented these disputes.

So if the return of private-label mortgage market is dependent on the inclusion of a 3rd party reviewer to help balance the needs of the risk-seller and risk-taker and the myriad of other securitization and leveraged transactions that would also benefit from the inclusion of this participant, why is there such a lack of utilization of such an important role? The answer is that the buyers or sellers of risk are reluctant to include the cost of this role in the transaction unless itâs absolutely necessary.

These transactions are negotiated and entered into by sophisticated investors. Historically, the experts that can play the role of the referee are only utilized after things have gone wrong. The inclusion of such parties at the onset of the transaction may prove to be whatâs needed to truly re-launch the securitization market.