Is the âexcess mortalityâ measurement a direct result of Covid?

Excerpts from a recent article by A.M. Bestâs Terrence Dopp examines the causes, which were enough to lower life expectancy. Read the full article here. 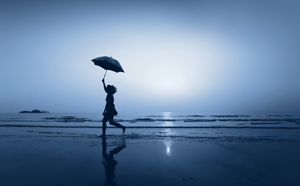 For the United States as a whole, and life insurers in particular, 2021 was a year marked by higher mortality as the COVID-19 pandemic entered a third year. The Centers for Disease Control and Prevention reported deaths up across many categories, higher even than 2020.

Last year proved historically deadly in the United States, as excess mortality continued to climb at the same time many hoped to catch a glimpse of the COVID-19 pandemic’s end stages.

The mortality numbers also beg a question that can prove murky at best, especially for the data-driven world of life insurers, one in which quantification is a science of sorts. The open-ended question is whether in a year dominated by the COVID-19 pandemic and the quest to avoid infections, the official counts are in fact off to some degree, leaving unclear the potential true death count wrought by the illness.

According to preliminary statistics from the Centers for Disease Control and Prevention, a total of 3,422,279 people died in 2021, though the figures could be revised upward as more data comes in from the final weeks of the year. In the year prior, at the height of the pandemic, 3,389,062 people died, both well above the 2,852,349 people the CDC cited for 2019, the last year considered pre-pandemic.

Those figures are for the broader U.S. population rather than among the insured population. Still, the peaked death rates for the two years were enough that the CDC data lowered life expectancy to 77 years in 2020, a decrease of 1.8 years from 2019 figures.

The mortality trend was so stark that OneAmerica announced deaths in its group life business had risen a full 40% in the 18-64 age group, a trend that began in the second half of 2021 and continued through the remainder. Bischof said longer term, the trend could potentially bring alterations in underwriting or pricing if it doesn’t subside. The Indianapolis-based company offers retirement plan products and record-keeping services, individual life insurance, annuities, asset-based long-term care solutions and employee benefit plan products.

Bischof said looking at the data, there is a very real possibility of COVID-19 deaths being underreported. The results aren’t reflected as much in insured data, but in uninsured numbers, OneAmerica is still seeing a notable amount of excess. âMaybe people don’t do a COVID test,â he said. âMaybe it’s a comorbidity that they just don’t test for. Or maybe it’s someone who had COVID and then recovered, and then they died within the next year.â

In the fourth quarter, Reinsurance Group of America Inc. saw COVID-19 claims eat into what was otherwise a solid performance. RGA said COVID-19 impact estimates, which include mortality and morbidity claims, totaled approximately $351 million before taxes during the quarter primarily in the U.S. and Latin America segments.

Jonathan Porter, RGA’s global chief risk officer, said the mortality figures through the end of 2021 still reflected the delta variant, which is particularly strident and causes more severe outcomes, though the more transmissible omicron variantâwhich is believed to lead to less-severe COVID-19 casesâbecame the dominant strain during the tail end of the fourth quarter.

The industry isn't really set up to determine the primary cause of death at the point where it is collected. They don't control that data. COVID deaths often involve other comorbidities so there's a lot of other factors around what the actual cause of death is...

The company’s ârule of thumbâ is that every 10,000 general population COVID-19 deaths will mean a cost of about $10 million to $20 million for RGA. Porter said the cost ended up being about $19 million in the fourth quarter alone.

âWe continue to believe that the majority of these excess deaths are related directly or indirectly to COVID-19,â Porter said on a recent conference call. âOne of the things that makes us believe that these really are direct or indirect COVID is the causes of death tend to be comorbid with COVID. Alzheimer’s, diabetes, things like that, but in addition they tend to move with the COVID deaths.â

The latest numbers continued a trend that really took hold in the third quarter of 2021, when life insurers began noting increased mortality in their group life segments as COVID-19 deaths crept down from seniors into the working-age population. A key point to note is that while deaths are up, from an earnings standpoint, the industry hasn’t cratered and gains in other lines have offset the negative impacts of any increased claims activity tied to the disease.

âThe industry isn’t really set up to determine the primary cause of death at the point where it is collected. They don’t control that data,â said AM Best Senior Director Michael Porcelli. âCOVID deaths often involve other comorbidities so there’s a lot of other factors around what the actual cause of death is.â

After a brief dip to the seventh-leading cause of death in the United States during the summer of 2021, COVID-19 crept back up to second place by January, according to the Kaiser Family Foundation. Since the onset of the pandemic in March 2020, it has remained somewhere in the top three of all rankings.

In fact, during December the virus was the leading cause of death in U.S. adults aged 45-54 and was in the top seven spots for all age groups with the exception of children 4 and under.

Still, the latest data on mortality isn’t good news for the industry or society.

The Society of Actuaries said through 2020 the overall age-adjusted mortality rate for all causes was 16.8%, which marked the highest increase dating to 1900. For comparison, during the 1918 Spanish influenza pandemic, population mortality in the United States increased 11.7%.

About 12% of the group life claims filed during the pandemic period involved COVID-19, and group life claim incidence rates were up 17.6% on a seasonally adjusted basis compared to 2017-2019 rates, the SOA found.

Porcelli said the companies he speaks with are keenly watching their mortality statistics. He commonly hears questions over how much of the increase can be solely attributable to the virus and what level of danger that poses from a business perspective. âHowever, the industry went into this crisis pretty well capitalized and is coming out of it even better capitalized, including a lot of new capital coming in,â he said.

Looking ahead, OneAmerica’s Bischof said the company needs time to figure out whether trends revert to historical levels or any changes to underwriting are warranted. He said the larger industry needs to understand what they think will happen from a mortality experience and whether changes are warranted, such as modifications to group coverage pricing or becoming more selective in selecting individual risks.

âTo some extent, it’s following the playbook but we definitely need to modify the playbook a bit,â he said.