More Than Half of Bond Agreements Include Poison Puts 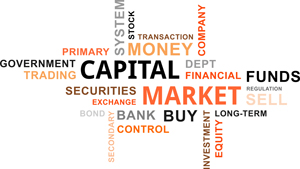 NEW YORK, September 29, 2015 – A new research report finds that the use of so-called “poison puts” – agreements that allow bondholders the right to redeem their bonds if a change in control occurs – have become more prevalent in bond agreements, especially among sub-investment grade issues.

The research shows a dramatic increase in the use of poison puts – in 2012, some 57 percent of all bonds issued included poison put provisions. By contrast, poison puts were included in only about eight to 27 percent of debt issued in the 1990s.

Poison puts are controversial. In theory, they serve as a contracting tool by lenders to protect against increases in risk resulting from highly levered transactions or from acquisitions by firms with lower debt ratings. In recent years, however, it is said that poison puts also entrench management or thwart shareholder activists and hostile takeovers.

In a new research paper, “Poison Puts: Corporate Governance Structure or Mechanism for Shifting Risk?” the authors found no evidence that poison puts were associated with weaker governance features. Authored by Frederick Bereskin, University of Delaware assistant professor of finance, and Helen Bowers, University of Delaware associate professor, with support from the Investor Responsibility Research Center Institute (IRRCi), the research also indicates that firms with bonds that feature the indentures have higher levels of institutional ownership and are less likely to have poison pills and are equally likely to have classified boards.

Neither acquirers nor targets…

The research also found other features about the bonds that would be consistent with the efficient contracting theory including shorter maturities, higher interest costs spread to treasuries, and other covenants that are consistent with lenders exhibiting concern and attempting to minimize risk. Moreover, the research indicates that change in control provisions are most common in lower rated bonds.

However, the authors note the de facto entrenchment power of poison puts: firms which issue bonds with poison puts are less likely to be either acquirers or targets, even though those firms are more likely to be in industries with acquisition activity.

“It is important to examine how poison puts relate to firms’ underlying governance structure given their increasing use and prominence, as well as the unique way that poison puts have the ability to entrench management through contractual arrangements,” said Bereskin. “Our finding that these firms typically do not have weaker governance can be interpreted either as a sign that poison puts substitute for other means of entrenchment, or that they are less related to governance than bondholders’ contracting concerns,” he explained.

... In recent years, however, it is said that poison puts also entrench management or thwart shareholder activists and hostile takeovers

“Much of our evidence is consistent with poison puts – as with other covenants – being largely driven by the unique contracting environment of these firms,” said Bowers. “It is not surprising that firms more vulnerable to potential risk-shifting, for example, are particularly likely to use poison puts. Of course, an unintended consequence of these covenants may be that management can entrench themselves. The extent of entrenchment can be enhanced depending on the covenants’ terms. However, it is important to recognize that even though poison puts can have an entrenchment effect, their use may be driven by firms’ contracting environment and bondholders’ legitimate risk-shifting concerns,” she explained.

“The corporate governance relationship between lenders and shareowners is quite complex and only occasionally in the spotlight. This research helps shed some light on this opaque relationship,” said Jon Lukomnik, IRRCi executive director.

“For example, the study notes a paradox: firms which issue poison puts have reasonable shareowner protections, yet the bond indentures themselves may serve to entrench through discouraging merger and acquisition activity. Another paradox is that the prevalence of poison puts actually may be driven by improved shareowner rights as lenders may be concerned about shareowners forcing companies to take uncomfortable levels of risk. And, of course, poison puts are one of the few types of potentially entrenching corporate governance devices which do not get voted on by shareowners,” Lukomnik explained.

Other key research findings are as follows:

Poison puts also are referred to as proxy puts, change in control provisions or event risk covenants. Typically, these covenants give bondholders a put option requiring the issuer to offer to purchase all of the bonds – usually at 101% of par – when one or more of the following events occurs: 1) any person or group acquires 50% or more of the issuer’s voting stock; 2) any time the majority of the board of directors ceases to be those who were directors at the time of issuance or directors whose election was approved by a majority of the continuing directors; 3) the merger or consolidation of the company into another entity; 4) the sale, in one or a series of related transactions, of all or substantially all of the company’s assets; or 5) the adoption of a plan to dissolve or liquidate the company. Some poison put covenants include a “double trigger” where the change in control event must be associated with a ratings downgrade.

The Investor Responsibility Research Center Institute is a nonprofit research organization that funds academic and practitioner research that enables investors, policymakers and other stakeholders to make data-driven decisions. IRRCi research covers a wide range of topics of interest to investors, is objective, unbiased and disseminated widely. More information is available at www.irrcinstitute.org.