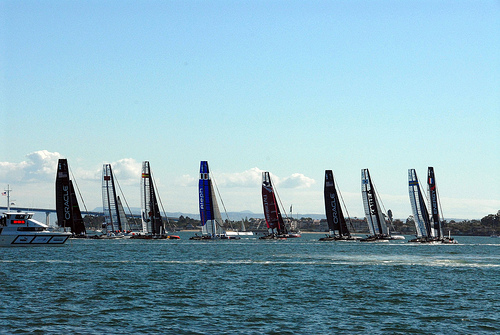 Real GDP growth is barely maintaining the lackluster 2% pace that has prevailed since the recovery began more than four years ago, and job growth has recently slowed, the report notes. Payrolls have increased by no more than 150,000 per month since the summer, well below the 200,000-plus gains experienced at the start of the year.

âRepeated budget battles in Washington have taken a real toll on confidence, and lawmakers must do no harm during the next round of budget negotiations for growth to accelerate as anticipated next year,â said Zandi. âAdditionally, the Federal Reserve will need to successfully manage long-term rates higher as the job market improves,â says Zandi.

The recent budget crisis that led to a Washington standoff and closed the government likely chastened lawmakers enough to ensure that they avoid a similar fiasco early in 2014, says Moodyâs Analytics, increasing the likelihood that both sides will reach a durable agreement on taxes and spending.

The key to next yearâs growth will be the housing market, says Zandi. Home sales and construction have sputtered in recent months, and price growth has moderated, in part because investor demand has fallen. For the housing market to regain its momentum, first-time and trade-up homebuyers must fill the void left by investors, says Moodyâs Analytics.

About Moodyâs AnalyticsMoodyâs Analytics helps capital markets and risk management professionals worldwide respond to an evolving marketplace with confidence. The company offers unique tools and best practices for measuring and managing risk through expertise and experience in credit analysis, economic research and financial risk management. By providing leading-edge software, advisory services and research, including proprietary analyses from Moodyâs Investors Service, Moodyâs Analytics integrates and customizes its offerings to address specific business challenges. Moody’s Analytics is a subsidiary of Moody’s Corporation (NYSE:MCO), which reported revenue of $2.3 billion in 2011, employs approximately 7,200 people worldwide and has a presence in 29 countries. Further information is available atÂ www.moodysanalytics.com.