The Mood of Money 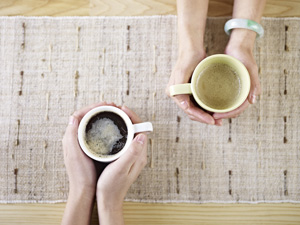 SAN FRANCISCO, Feb. 26, 2018 /PRNewswire/ — The Money Anxiety Index continues to decline, reflecting growing financial confidence among people, despite high volatility in the equity market.Â  The February index stands at 51.4, the lowest it has been since the Great Recession.

“This recognition by Wells Fargo economists that emotions and instincts play a major role in financial confidence is a milestone in our ability to accurately measure financial confidence and the economy,” said Dr. Dan Geller, the author of the behavioral economics book Money Anxiety, which was named a “must read book” by Business Insider, and the developer of the Money Anxiety Index.

According to a special report by Wells Fargo Securities Economic Group, “A quantitative measure of animal spirits may lead to a more accurate estimation of the potential effect that a change in animal spirits has on the economy.” Animal spirit is the term coined by economist John Maynard Keynes to describe the human emotion that drives consumer confidence and the economy in his 1936 publication, “The General Theory of Employment, Interest and Money.”

The Money Anxiety Index is highly predictive and is being used to assess the risk level of loans by many financial institutions.Â  Economics Dynamics is a subscription-based monthly forecast that reduces the risk of lending loss by providing advance notice of changes in financial confidence and the economy that impact delinquency rate of loans. Having such advance notice allows financial institutions to take proactive measures to reduce their risk of loss from eight major types of consumer and commercial loans. Risk management is critical to the financial health of the banking industry. However, lending decisions are challenging because they are based on current economic conditions, which are dynamic in nature and can change fairly rapidly. Thus, it is critical to have an economic projection, specific to each loan type, prior to making a decision on the risk level of the loan and the ability of the lending entity to pay it back.

About the Money Anxiety Index

Dr. Geller’s Money Anxiety Index is featured in a peer-reviewed scientific study “Dynamics of Yield Gravity.”Â  The study shows that banks are at risk of not having enough term liquidity (Certificates of Deposits) during the next financial crisis that would be needed to comply with the latest liquidity requirements of the FDIC. That’s because interest rates of deposits lack the ability to attract term deposits during times of high money anxiety. The study was presented at the International Conference on Business and Economic in April and at the Australian Conference of Economists in July of 2017.

The Money Anxiety Index, which measures the level of financial anxiety based on what people do with their money, is highly predictive and very reliable.Â  Prior to the Great Recession, the index showed how peoples’ money anxiety was trending upwards starting in October of 2006; nearly 14 months before the official start of the Great Recession in December of 2007.Â  The index went as high as 100.4 in the aftermath of the Great Recession, and has declined gradually to 50.9 in December of this year.Â  Historically, the Money Anxiety Index fluctuated from a high of 135.3 during the recession of the early 1980s, to a low of 38.7 in the mid-1960s.

About Dr. Dan Geller
Dr. Dan Geller is a behavioral economist who pioneered the research and application of behavioral economics to the banking services. Through his research firm, Analyticom, Dr. Geller provides banking executives with scientific forecasting and pricing tools enabling them to improve financial performance. Dr. Geller is a frequent speaker and media guest. He appeared on national TV and radio, such as CNBC and Fox, and delivered the keynote address at the American Banker’s Symposium.