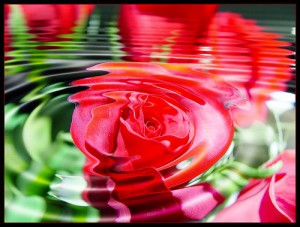 by Ron DâVari and James Frischling

Higher U.S. interest rates and a stronger dollar inevitably will lead to redirection of investments and capital flows back into the United States. Given a still fragile and uncertain global economy, tapering the U.S. Quantitative Easing (QE) and the potential for eventual monetary tightening have caused real concerns among many central banks around the world, including the U.S. Federal Reserve itself.

Emerging markets have been in a funk partly in reaction to the Federal Reserve’s signaling and its first action to taper its QE. As a result emerging market equity indices are experiencing a four-month low in both local and dollar terms after lagging significantly in 2013.

Troubles in the international markets would quickly boomerang back to the U.S. economy. Hence a pre-condition to ending the U.S. stimulus will be a relatively healthy and robust global economy, especially in the emerging markets. The Federal Reserve is cognizant and has indicated that it is carefully monitoring global capital flows and considers them in its debates. Stanley Fischer, if confirmed by the U.S. Congress as vice chairman of the Federal Reserve, will bring a great deal of experience in emerging markets as well as facilitate coordination with other central banks.

U.S. economic growth is not even close to being strong enough to pull the rest of the world up with it. The U.S. labor market remains a big question mark as evidenced by the pathetic December job report indicating only 74,000 new jobs, the lowest monthly jobs growth in three years. U.S. underemployment still stands at 13.1%, only 9% lower than where it began in January 2013 (14.4%). According to the Federal Reserve, there are still 10.4 million people unemployed. Therefore one should not be fooled by the 6.7% unemployment rate, as it has been mainly driven by people leaving the job pool. Furthermore, most new jobs have been in the service sector and not in the manufacturing sector.

Troubles in the international markets would quickly boomerang back to the U.S. economy. Hence a pre-condition to ending the U.S. stimulus will be a relatively healthy and robust global economy, especially in the emerging markets

Companies are generating healthy cash flows but their expenditures and investments are lagging their strong income. Hence U.S. corporate cash levels are at a record high of over $2 trillion. This is partly an indication that American corporate managers have not yet fully bought into the strong growth story and still hold a more cautious investment outlook.

More than any other past economic inflection point, the Federal Reserve will be watching the implications of its policies on emerging markets and capital flows as their health directly influences the domestic economy. This would hopefully be in coordination with other central bank policy makers, which Fischer can help with if confirmed.

According to a recent article in The New York Times, banks are bracing for nearly $50 billion in settlements in order to put the flood of government-related mortgage litigation behind them. The recent $13 billion settlement between JP Morgan and the government helped drive the math behind this potential reckoning. This will force banks to increase their litigation reserves and will impact earningsâa combination likely to create headwinds in the financial sector, which returned 26% in 2013.

A number of big banks report earnings this week and some of the larger lenders are expected to announce lower earnings and revenues as a result of the legal settlements and additional reserves associated with these settlements and pending litigation.

Banks have been able to drive earnings in part due to cost-cutting measures and increasing efficiencies, essentially doing more with less. But there are diminishing returns to this strategy. Mortgage refinancing has also been a key driver of revenues, but an increase in mortgage rates, coupled with the start of the government tapering, will force banks to find new sources of earnings growth.

However, despite the size of the expected settlements, banks want to put the fight with the government behind them and the numbers are manageable. Add to that the expected continuation of a low interest-rate environment and a pick-up in capital markets fueled by an increase in M&A activity and IPOs, and the financial sector appears ready, willing and able to weather the settlement storm and have another strong year in 2014.