Modernizing the U.S. Retirement System: It Takes a Village 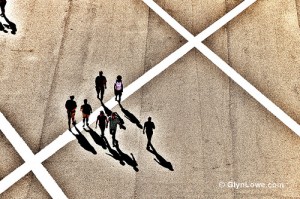 AUGUST 1, 2018 — I recently moderated a discussion entitled âModernizing the U.S. Retirement Systemâ at a meeting by the American Academy of Actuaries. The panel consisted of some of the best thinkers in retirement: Ted Goldman of the American Academy of Actuaries; Stephen Goss of the Social Security Administration; Mark Iwry of The Brookings Institute, and former Senior Advisor to the Secretary of the Treasury; and Steve Vernon of the Stanford Center of Longevity.

For them, the challenge is clear: The onus is increasingly on American workers to secure their retirement future, and many are not up to the task. Ted Goldman compared it to asking drivers to assemble their own cars before going to work in the morning â most would simply stare at the pile of auto parts in confusion. Yet American workers are expected to manage their retirement plans as if they are financial professionals.

In addition, the panel concluded, our retirement system has serious holes around coverage and adequacy. Yet policymakers continue to address these gaps in only a fragmented way.

our retirement system has serious holes around coverage and adequacy. Yet policymakers continue to address these gaps in only a fragmented way

Some of the ideas from the panelists were controversial, but many were just common sense, such as creating protections and incentives for employers and providers to offer solutions that help individuals do a better job of assembling their retirement parts.

However, the reality remains that automatic enrollment was still hampered by considerations such as state wage laws and lack of a safe harbor; take-up rates remained low despite his efforts. Then came the Pension Protection Act of 2006. Once plan sponsors had the protections they needed, adoption soared. Today the majority of large 401(k) plans have adopted automatic enrollment, and most with automatic enrollment also have automatic contribution escalation in place as well. There is no doubt this has led to higher participation and contribution rates by American workers.

The clear message is that it takes creative solutions as well as a partnership between the private sector, regulators, and legislators to develop a holistic approach that will ultimately lead to a retirement system that does a better job of securing American workersâ financial future. The dialogue started at the American Academy of Actuaries needs to continue.