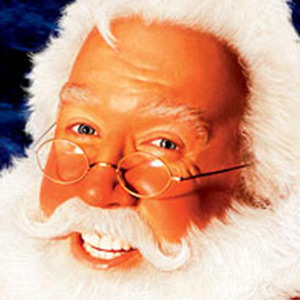 Foster City, CA) â Many people think Santa should work for free and, if he calls in sick, the best replacement is actor Tim Allen. Those are the results of an Insure.com survey that looked at how people view the âvalueâ of Santaâs many jobs.

In an annual analysis of the average wages associated with Santaâs duties, Insure.com found that his work is worth $137,795 this year. Thatâs a small increase over the average wages for the same jobs last year, when Santaâs potential salary was $134,944.

To calculate Santaâs value, Insure.com estimated the number of hours he might spend at each important task â investigator of the naughty, list checker, workshop manager, delivery driver and many others â and used data from the Bureau of Labor Statistics to find the closest matching occupations and average hourly wages.

But adults nationwide are divided over the issue of a Santa salary. When asked how much Santa should be paid, people tended to be either very stingy or very generous:

âThe disparity between the two most popular answers reveals that Santaâs salary is a controversial topic,â said Amy Danise, editorial director of Insure.com. âMany people have come to expect free delivery, even in this cold economy. They want their presents sealed with âSanta Primeâ tape.â

Those who expect pro bono service likely wouldnât give Santa any sick days. Nonetheless, Insure.com asked who should fill in for Santa if he calls out sick on Christmas Eve. There were several categories of choices, but actor Tim Allen snags the sleigh keys based on his past âjob experience.â

Because they have played Santa before:

Because they’ve got plenty of money to spend on presents:

Because he wouldn’t forget to feed the reindeer:

Because theyâd keep the elves in line:

Because they make magic:

In an annual analysis of the average wages associated with Santaâs duties, Insure.com found that his work is worth $137,795 this year. Thatâs a small increase over the average wages for the same jobs last year, when Santaâs potential salary was $134,944

âI think weâre leaving money on the table here,â said Danise of the Tim Allen win. âGates and Buffett have already promised to give away their fortunes. What better way to do that than in one glorious night of around-the-world reckless abandon?â

No matter what your job is, knowing how much your family would need to replace your income and your household duties is an important step in determining how much life insurance you might need.

See the full chart of Santa jobs and wages here

Insure.com surveyed 2,000 people age 18 and older. Respondents were split evenly between males and females and distributed across age groups according to Census data on age distribution. The online-panel survey was fielded in October 2013.

Insure.com provides a comprehensive array of information on auto insurance, home insurance, health insurance, and life insurance. The site offers an extensive library of originally authored insurance articles and decision-making tools that are not available from any other single source, including its extensive car insurance discounts tool. Insure.com is owned and operated by QuinStreet, Inc. (NASDAQ: QNST), one of the largest Internet marketing and media companies in the world. QuinStreet is committed to providing consumers and businesses with the information they need to research, find and select the products, services and brands that best meet their needs. The company is a leader in visitor-friendly marketing practices. For more information, please visit QuinStreet.com.