What Justine Sacco didn’t know… but should have 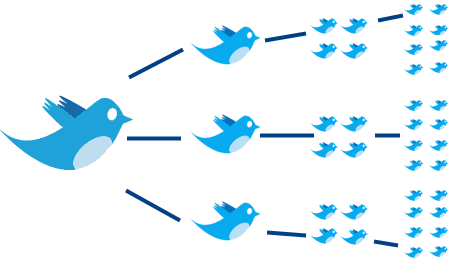 Mr. David is a principal with the David PR Group, a Miami public relations firm.Â  He is an avid blooger with a keen understanding of marketing and communication within social media channels, and he shares his blogs with us from time to time. Connect with him by e-mail: john@davidpr.com

Last Friday night, I took a peek at my Twitter feed and noticed that a marketing guy who I follow named Peter Shankman was pleading for some Internet sanity regarding a woman named Justine Sacco. Said Peter: âYes [Saccoâs] tweet was awful. But sheâs landing to death threats. Come on, Twitter, letâs be better than that.â

Intrigued, I typed her name into the search bar and began decoding what was happening. Sacco had indeed written an awful tweet. The exact words: âGoing to Africa. Hope I donât get AIDS. Just kidding. Iâm white.â She had apparently written it before leaving on a flight from London to South Africa. Many on Twitter were rightly offended, and started to attack her online while she was still mid-flight. Her employer disavowed her before her plane touched down. Itâs quite possible that Sacco, who was indeed fired from her job as a corporate PR pro, was sacked in mid-air â and hundreds of thousands of people knew about it before she did. Talk about a collision of old world technology and new world communications.

One thing that struck me was the reaction of the Twitter universe. If you had watched the real-time feed of comments about Sacco, you would have witnessed thousands of tweets per hour and the formation of an online lynch mob. Granted, some of the online salvos were meant in jest (and there were some funny ones), but many people were really angry and had no problem unloading their venom on the defenseless Sacco.

Had she written the same tweet but not been on a transcontinental flight sans Wi-Fi, I imagine the tale would be different. She could have quickly deleted the offending tweet before it went viral and perhaps salvaged her job. To her credit, Sacco later apologized. Regardless, there are lessons here.

Digital is fastâ¦ Saccoâs plight may have staying power among social media historians as an example of how quickly information can move around the globe. One tweet by a person with a few hundred followers can spread across the Web in a matter of hours and turn into a national news story. Saccoâs âtweet heard âround the worldâ was covered by many major news outlets, and she went from unknown, to famous to infamous in less than a day.

Many on Twitter were rightly offended, and started to attack her online while she was still mid-flight. Her employer disavowed her before her plane touched down

â¦And forever. We already know we need to be careful about what we post online because âdigital is forever.â Copies are made quickly online, and we can no longer âburn the negativesâ of images we wish to destroy forever. This time, though, the lesson comes not from a photo taken in a fraternity house by a 20-something but rather an experienced business professional who absolutely should have known better.

Murphy was right. As mentioned earlier, part of what made this a phenomenon was the confluence of events. A PR person writes an offensive tweet and then gets on an airplane. While in the air, it catches viral fire but the author canât do anything about it. The fact that she was airborne and out of touch just fed the mob. And the impact began to grow exponentially. Itâs a âtruth is stranger than fictionâ scenario which should impart a lesson to all of us that we have to remain vigilant about what we post because thereâs always a chance it could go wickedly wrong.

Funny âha-haâ or funny âweird?â My guess is that Sacco was trying to be funny with her tweet. The âjust kiddingâ line is a dead giveaway. Iâm sure even she canât explain how it was humorous, but the larger point is that sometimes it is best to leave being funny to comedians. After the Carnival Cruise Line âPoop Cruiseâ last Spring, I wrote a post about the many funny twitter postings that appeared after news broke about the tribulations facing the passengers on the disabled ship. Some of the funniest and most popular tweets were written by professional writers and comedians. Itâs one thing to be funny among oneâs own circle of friends but completely another to be funny to the masses. And successfully conveying humor in 140 characters is no easy task. Attempting humor about something as terrible as AIDS should be avoided in the same way we donât discuss sex, politics or religion at cocktail parties.

Sadly for Sacco, her attempt at a joke left no one laughing, except for a sarcastic few within the mob â which was certainly not her intended audience.

What do you think? Will Sacco be able to bounce back? Does your company have a plan in place for social media blunders?

Please share your thoughts on my blog post here. If you liked this post, please consider sharing with friends and colleagues. Lastly, I’m currently on the lookout for folks who want to see their company profiled in their industry trade publications. Let me know.