For widows, and widowers, a call-to-arms for financial advisors 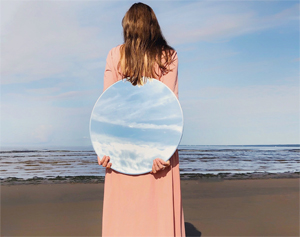 A couple of years ago, the Office of the Inspector General (OIG) at the Social Security Administration issued a disturbing report. During an audit, they found that 82% of widows and widowers âwere eligible for a higher monthly benefit amount had they delayed their retirement application until age 70.â

OIG estimated that Social Security had already underpaid more than 9,000 beneficiaries to the tune of $132 million dollars; and, they will underpay another 1,900 beneficiaries almost $10 million annually, starting the year they reach age 70.

Those dollars not paid out is real money for real retired surviving spouses. What is going on here?

Looking For An OIG Update

Because this information was so egregious, and itâs been more than two years since the OIG uncovered this issue, I went looking for an update. Has Social Security implemented a solution to fix the problem?

Much to my dismay, there was not an update to the â2018 underpayment problem.â Instead, the OIG found a new problem for widows and widowers. In a report issued on June 9, 2020, a new OIG audit revealed that 69% of their sample set of beneficiaries were eligible for higher surviving spouse benefits.

This time, just over 15,000 retirement beneficiaries âwere eligible for $193.8 million in widow(er)âs benefits as of September 2019.â The audit further estimated that another 12,600 of the 15,000 could lose an additional $531 million in survivor spouse benefits over their estimated lifetimes.

Needless to say, my jaw dropped.

Why Are Surviving Spouses Missing Out On Such Significant Benefits?

There are many reasons why an individual widow or widower might be receiving less Social Security than they should. Here are four:

And, just when you thought it couldnât get worse, when you become a surviving spouse. Claims as a widow(er) cannot be handled online. You must meet with a Social Security Agent, who in many instances, arenât well-schooled complex survivor situations. In fact, that many Agents donât offer the best information or the correct benefits for surviving spouses, resulting in lower benefits.

These factors all work together and against widows and widowers when it comes time to collect benefits. The outcome is what the OIG found in their audit: most widow(er)s should be getting higher benefits.

One more area of concern that hits closer to home: most financial advisors have no idea that their widowed clients are getting less in Social Security benefits than they should be.

A Call-To-Arms For Financial Advisors

Despite the fact that many Social Security Agents donât understand the survivor benefit rules, I donât want to throw them under the bus. Their job is incredibly hard. They deal with so much more than retirement benefits and eventual survivor spouse benefits. They have to develop proficiency in handling disability claims, family benefits for children, disabled children, parents, ex-spouses, deceased ex-spouses, multiple spouses, and such. In addition, they need to answer Medicare questions. It is a super-tall order and they do a very good job in the operational aspects of the job: turning on your highest benefit available on the day you visit.

The problem is that the highest benefit your client is entitled to today might not be in his or her best interest tomorrow. They may be better off taking a lower payment today, allowing for a higher payment later at Full Retirement Age (FRA) or at age 70.

Financial Advisors Are Starting To Plan For Social Security Benefits

Some financial advisors include initial claiming strategies between couples in the planning process, assuming both people will be alive. But few have mastered survivor benefit strategies. Even fewer advisors know that working with current widow(er)s requires a review of any prior Social Security strategy. There are several points in developing retirement income plans that need an advisor to assess benefit options. And, only the financial advisor can see a comprehensive view of the clientâs household assets and sources of income. The SSA has no insight into your clientsâ plans.

To be fair, survivor claims are not straightforward calculations. The rules are not clear. And, Social Security Agents generally cannot help your clients with strategies. Just filling out the right forms is a big enough job to get right.

Our industry hears over and over again that the Agents give widow(er)s incorrect information, even when the widow(er) has the right information. So real clients need real help from their retirement income advisor. Otherwise, as the OIG points out, a lot of money is needlessly left on the table.

Leaving a serious discussion about Social Security survivor benefits off the planning table does nothing to help your clients. While unpleasant to think about survivor benefits when both members of the couple are alive, it becomes an even more brutal discussion after the first spouse dies...

Letâs consider some of the possible situations your client couples could experience. There are many different paths to widowhood, and all require different strategies for survivor benefits. While it is not up to the financial advisor to calculate the official benefits, understanding and planning various strategies in advance will help your clients. The key to ultimately figuring out an ideal strategy depends on at least a dozen factors:

You can begin to see just how complicated it is to figure out the right claiming strategy for each individual client before they go to the SSA. But, getting it wrong is simply too costly. And, the knowledge, expertise, and other resources financial advisors can bring to the table can make a real difference to any client who becomes widowed.

There are several fundamental rules for a client who becomes a widow(er), including:

Every situation is going to be unique. The funeral director generally files a death form with the SSA during funeral planning. The form alerts the SSA of a personâs death, stops payments on the deceased spouse, and assesses if the widow(er) can now receive survivor benefits. It is a complicated series of steps to determine the survivorâs benefit. Thatâs why applying for survivor benefits needs to be done directly with the SSA and not online.

Talking With An Expert Is Critical

He shared that it is particularly challenging when the deceased began their benefits before their FRA (locking in a reduced payment) and the widow(er) is between 60 and their own FRA.

I specifically wanted to focus on this early 60âs age group, because many clients are putting final touches on their retirement income plans at this age, and should be planning for the likelihood that one of them will become a surviving spouse. Itâs a matter of when, not if.

Here is one scenario I discussed with Mr. Blair: Husband Jason is 4 years older than his dependent wife Judy. They were both receiving benefits. He claimed at his FRA, receiving $2,800 per month; she claimed at 62, receiving a reduced spousal benefit of $970. Judy became a widow at 63, three years before reaching her survivor FRA.

Blair explains that when a dependent spouse is widowed before her/his FRA, spousal benefits stop. In this case, Judy will have to make a key financial decision with her Social Security benefit: should she wait to file for her maximum survivor benefit when she reaches her survivor-FRA, or claim permanently reduced survivor benefits now?

In this example, filing for survivor benefits before her FRA reduces the $2,800/month benefit (plus COLA adjustments) to about $2,400 per month. This is a permanent reduction for Judy.

Which path she chooses will greatly depend on the overall resources the couple has for providing retirement income. It might work out best to switch over to survivor benefits right awayâ¦or it might work best to wait three years until FRA to maximize her benefit. Clients will rely on the advice of their financial advisor to prepare for these kinds of possibilities. The Social Security agents do not have comprehensive financial information about your clientâs situation. They can only implement the decision your client makes. And, itâs often in the heat of the moment.

Leaving a serious discussion about Social Security survivor benefits off the planning table does nothing to help your clients. While unpleasant to think about survivor benefits when both members of the couple are alive, it becomes an even more brutal discussion after the first spouse dies. It is not helpful to leave widow(er)s in such a vulnerable position where they have to make significant financial decisions in the first few weeks and months after their spouse has died.

Your âcall-to-armsâ as a financial advisor is to include serious survivor discussions and planning into your married and divorced clientsâ retirement income plans. You will be offering significant and important solutions for their future financial security.

3-Â Â Cerulli Associates estimate of client-facing advisors in the U.S. in 2019. And Statista, Number of insurance agents, brokers and service personnel in the U.S. 1960-2018.Â  Published by Jennifer Rudden, Nov 12, 2019