Misinformed in the Age of Information

What is the âfake newsâ impact on stock market prices? 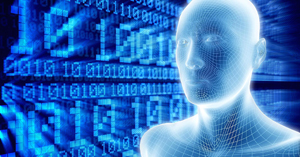 Mr. Volckhause is a contributing editor at Vector, a quantitative research firm pioneering the use of data with named-entity recognition and information extraction technologies. VisitÂ here.

February 23, 2017 — Fake news has dominated political coverage in the days following Trumpâs unlikely election to president of the United States. While the media has only recently started obsessing with fake news, the concept isnât necessarily a new one.

Basically, fake news refers to misinformation or disinformation thatâs spread through online media channels. The intentional use of fake news has already been implemented as a marketing tactic in the technology sector for quite some time under the term âfear, uncertainty and doubt (FUD).â

FUD strategy is used to make a company’s potential customers insecure about a competitorâs product or service. For example, Microsoft might discourage adoption of open source technology by sowing doubts and uncertainty about its capabilities or stability. Corporations enact this press relations strategy to appeal to their potential customerâs sense of fear.

Today, this FUD strategy has shifted to global politics. Societies are coming face-to-face with misinformation and disinformation that has come swirling into the untamed wilderness of news dissemination over social media. Already, government agencies and anti-establishment groups have used fake news to advance their interests in both local and international political arenas.

Itâs 2017, and David Kostin, chief U.S. equity strategist at Goldman Sachs, is already talking about âfake newsâ in relation to the stock market, as seen when he recently used the term commenting on analysts predicting a âgreat rotationâ from bonds to stocks in the coming year.

While the phrase is on many peopleâs lips, the impact of fake news on the financial markets and high-frequency trading is not yet clearly defined…

In 2013, $130 billion in stock value was wiped out in a matter of minutes following a fake tweet about an âexplosionâ that injured Barack Obama from the AP, which had its Twitter account hacked. Although stock prices recovered shortly thereafter, this instance pointed out how the algorithms used in high-frequency trading rely on social media and the news to make decisions.

Moreover, fake news can be used to illegally manipulate target stocks on the market. For instance, in China, the government was prompted to clamp down on fake news, or ârumors,â after investigations uncovered false stories circulating on social media that were affecting stocks and housing prices.

As the 2013 AP Twitter hack shows, HFT combs through social media to automatically analyze millions of social media tweets from news and industry leaders to assess sentiment analysis. While these algorithms use machine learning to hopefully weed out fake news and unreliable sources, they can still fall victim to the same misinformation as humans.

There is a chance that social media manipulation could be used in pump-and-dump schemes for low-quality stocks. For instance, in 2014 markets noticed that Cynk Technology had jumped in value by over 25,000 percent, without producing any revenue or having any employees. At one point, shares were topping $20 and the company had a $6 billion market cap. More troubling still, there were reports of what appeared to be a concerted effort over Twitter to pump up the stockâs value. This suggests the tweets may have been used to manipulate human and machine buyers into pushing the value higher.

Even with a few possible cases of manipulation of HFT algorithms, the practice does not appear to be widespread. Overall, the algorithms are less susceptible to fake news than humans. Still, everyday, HFT machines are becoming more like humans, and tomorrowâs machines may make similar mistakes to humans.

About Vector
Vector is a natural language processing application that performs information extraction on millions of news stories per day. It provides high value to any quantitative researcher, adding a collaborative-authoring work flow in perfect synergy with the most powerful and unique faceted search in the business. For more information, please visit here.