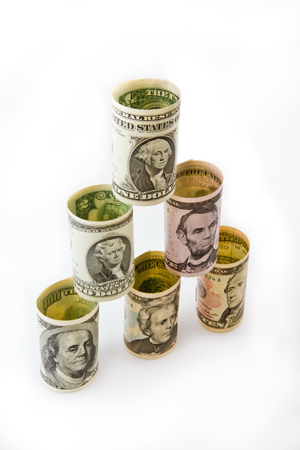 Since 2020, when economic activity began to shut down amid concerns about the spread of COVID-19, the federal government has slashed interest rates and committed to spend trillions of dollars to try to offset the impact on businesses, consumers, municipal governments, and financial markets. In response, stocks have risen, liquidity has increased in bond markets, and volatility in many markets has fallen.

The long-term impact this ongoing massive policy response will have on markets and the economy remains unknown. To get an idea of how deficit spending and low rates might shape the future, though, we can look at how similar policies have shaped the recent past.

While growth eventually recovered in most countries and industries and prices of assets such as US stocks rose to record heights, many financial crisis-era policies were never abandoned. In some cases, such as the European sovereign debt crisis in 2011 and 2012, policymakers expanded these policies to include purchases of a wider variety of assets and even the adoption of negative interest rates under which investors effectively paid central banks for the privilege of lending money to them.

Stocks have benefited from unconventional monetary policies. The recovery of the S&P 500 that accompanied the revival of asset purchases, liquidity injections, and interest rate cuts since March echoes its performance following the financial crisis. In March 2009, the S&P began what would become a record-setting bull market after the Fed cut rates to between zero and 0.25% and began adding what would eventually be trillions of dollars’ worth of liquidity into the financial system.

But while central bank interventions support stocks, they also contribute to a more modest outlook for bond returns, uncertainty regarding long-term inflation, and greater risk-taking by investors. Due to these policies, the total global value of bonds with negative yields rose from zero in 2015 to $17 trillion in 2019. These negative and low yields on high-quality bonds that traditionally attract savers have pushed conservative investors into stocks and higher-risk, higher-yielding bonds.

Besides setting super-low rates, central banks are making large-scale purchases of not only government but also corporate bonds, even some with below-investment-grade credit ratings. These bond purchases also raise questions about whether inflation will eventually result from governments injecting more money to fund continued asset purchases.

Fidelity Managing Director of Research Lisa Emsbo-Mattingly believes investors need to account for risks from both inflation and deflation. “The long-term ramifications of extraordinary policies are highly uncertain, but we see a rising probability of an unprecedented regime shift in economic growth, inflation, or both,” she says.

Longer-term, higher national debt may likely lead to slower growth and low interest rates, but we believe they are extremely unlikely to lead to near-term concerns on the creditworthiness of the US government...

Lars Schuster, Institutional Portfolio Manager with Strategic Advisers LLC says, âI would expect to see an increase in year-over-year inflation in the coming month or so. Some of that will reflect the very low inflation we experienced in spring 2020, as the economy shut down. In spite of this, I have very few concerns of inflation being a near-term concern for the economy because wage growth is low. But the potential long-term impact on inflation will be an area of focus as we emerge from the pandemic.”

How Low For How Long?
Does the expansion of central bank balance sheets and government spending mean the US will follow Europe and Japan in keeping rates near zero or even negative?

The Federal Reserve has indicated that while negative rates are unlikely, it intends to keep rates low while the economy recovers and will not raise rates to head off a rise in inflation.

Emsbo-Mattingly points out that central banks have already struggled trying to unwind their extraordinary policies and raise rates. “The Fed’s interventions into markets have reinforced investors’ perception that central banks will routinely provide liquidity to quell volatile markets,” she says.

Since last February, the US debt has increased by $4.4 trillion, the money supply by $3.8 trillion, and the Fedâs balance sheet by $3.3 trillion. With another round of fiscal stimulus spending on the way, the fiscal policy response since the pandemic started will soon exceed $5 trillion.

This increased spending has come after the Congressional Budget Office (CBO) had forecast the government would spend $1 trillion more than it would collect in taxes in 2020. That deficit would have represented roughly 4.6% of total US GDP, but the CBO now estimates virus-related spending pushed that number to $3.3 trillion or 16%. That compares with an average of 3% over the past 50 years.

Opinions vary widely about how dangerous deficits are. One controversial but increasingly popular economic philosophy known as Modern Monetary Theory* even holds that countries such as the US, whose currencies are not backed by assets such as gold reserves, are never at risk of defaulting on their debts because they can always increase the money supply.

Schuster says, “Longer-term, higher national debt may likely lead to slower growth and low interest rates, but we believe they are extremely unlikely to lead to near-term concerns on the creditworthiness of the US government.”

What’s Next?
The policy response to COVID by the government and the Fed has been, and continues to be, bullish for risk assets and inflation expectationsâespecially now that we appear to be on the path toward herd immunity.

With another massive stimulus spending program on the way as soon as March 2021, director of global macro Jurrien Timmer says a market consensus has emerged regarding the second half of 2021: âAn inflationary boom could result from the combination of COVID infections falling, vaccinations rising, ongoing massive fiscal stimulus, pent-up consumer demand, and low interest rates,” says Timmer, adding, “So far there hasnât been much change in economic activity, but with vaccines being rolled out at a fast clip, hopefully this output gap will close sooner rather than later.â