The Middle Class is Growing Anxiousâ¦

Hereâs how advisors can help them 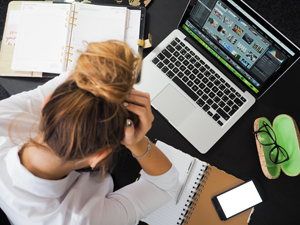 No one can argue that weâve been enjoying the fruits of a superstar economy for quite some time now. In the ten years since the end of the Great Recession, the labor market has consistently knocked it out of the park, consumer confidence has been solid, and small business loan applications are at a post-2008 high. These trends have built a remarkable track record of economic strength, one that we should all take pride in.

Still, if 2019 has shown us anything, itâs that the economy will eventually come down from the stratosphere, as the flight path built from many of our key indicators has shown some noticeable turbulence over the past six months. The Federal Reserve has moved the goal posts far down field with its recent rate cut, the housing market has been fickle with new home sales giving us whiplash, and even though this yearâs GDP numbers have been scrappy, theyâre still showing a notable decline on the long-term. Whatâs more, trade relationships between the United States and other world powers are as unpredictable and enigmatic as ever, and corporate earnings forecasts for the rest of the year have given pundits and investors alike anxiety about whatâs to come.

Where Is The American Dream?

Given all of the uncertainties looming right now, itâs no shock that new research has shown that an increasingly-squeezed middle class is growing pessimistic about the future. In a recent study by CUNA Mutual Group, members in the middle class were asked to grade the likelihood to achieve the âAmerican Dream;â respondents gave themselves a âC grade,â a marked decline from a âB-minus gradeâ recorded just six months prior, with more than half worried that the United States will enter a recession next year.

Unsurprisingly, the survey also showed that families with children are feeling even more concerned about what lies ahead. These households are worried about a recession at a rate of 54 percent, a noteworthy difference when compared to 47 percent of those without children.

despite growing economic anxiety, many people feel unprepared for the recession that they think is coming down the road. Two-thirds of respondents were only âsomewhat confidentâ about their economic position...

But why is it important to look at how the middle class views the sustainability of our economy? Where does it leave us?
These demonstrated concerns about the future beg an important follow-up question: how does the middle class feel about their own ability to combat a downturn?

Unfortunately, the survey showed that despite growing economic anxiety, many people feel unprepared for the recession that they think is coming down the road. Two-thirds of respondents were only âsomewhat confidentâ about their economic position. This means that although these individuals can pay their bills comfortably, they want to save more on the long-term. These numbers also showed an alarming gender gap; 68 percent of men said they were âsomewhat or very confidentâ while only 54 percent of women showed the same attitude.

Given this disparity, itâs more important than ever for advisors to guide their clients towards a thoughtful, conservative approach to financial planning now to help them build a strong safety net well ahead of any downturn that may come later.
While the middle class has made strides in their understanding of the value that financial planning holds, thereâs still plenty of room for improvement. Only 53 percent of respondents said that they would reduce discretionary spending during a recession, and only half were open to making lifestyle adjustments to respond to any economic change.

Advisors know better than anyone that waiting for a recession to act is an unviable game plan. As we saw in 2008, it can only hurt peopleâs ability to accomplish those hallmark financial goals, such as college planning or retirement, and we owe it to our clients to help them understand this.

The middle class is the backbone of the American economy â when it takes a hit, the broader economy struggles to stand strong. As a result, it is crucial that advisors help their clients build their financial stability now. And if the middle class feels stable, then prosperity and upward mobility can only build from there. â