Mid-Sized Companies Playing a Vital Role in the U.S. Economy 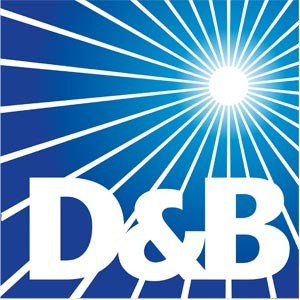 Using Dun & Bradstreet’s proprietary databases of commercially-active1 U.S. firms, the report analyzes the characteristics and economic impact of middle market enterprises—defined as businesses generating between $10 million and $1 billion in revenues.

This first in a series of Middle Market Power Index reports from American Express and Dun & Bradstreet analyzes the state of middle market companies and finds that while these companies comprise less than 1% of U.S. businesses, they make an outsized economic contribution across industries.

Slightly more than one in five dollars (21%) of U.S. business revenues come from the middle market, and these firms employ over one in four workers (28%) in the private sector. Middle market companies have led job growth since 2008, with a 4.4% increase in private sector employment—outperforming both smaller businesses (less than $10 million in revenues) and the largest companies (more than $1 billion in revenues).

While small firms employ the largest share of the country’s workforce, the report finds the middle market created 2.1 million (92%) of the nearly 2.3 million net new jobs added during the past seven years. “Our first-ever look at the economic characteristics of middle market firms underscores their clout and the significance of their contribution to our economy,” said Susan Sobbott, president, Global Corporate Payments, American Express. “Since 2008, middle market companies have been the unsung heroes of employment growth.”

While the majority of large firms are publicly-traded (57%), nearly 98% of middle market enterprises are privately-owned. On average, middle market businesses employ 368 workers and generate $45.1 million per firm per year, compared to 23,226 employees and $7.7 billion among larger enterprises and an average of 4 employees and nearly $276,000 among small companies.

The Geography of the Middle Market

Middle market companies make up an average of 0.7% of U.S. companies. There are seven states in which middle market firms comprise a greater than average (0.9% or more) share of companies:

In addition to these seven states, higher than average percentages of middle market firms exist in Washington, D.C. (1.8%), Puerto Rico (5.1%), and the U.S. Virgin Islands (3.9%). According to the report, there are three states in which middle market companies make up less than one-half of one percent of firms in the state:

American Express and Dun & Bradstreet will release subsequent reports in the coming months, which will feature other areas of opportunity unique to middle market firms. To read the full Middle Market Power Index, click here.

Study Methodology
The Middle Market Power Index report is based on an analysis of all of the firms in Dun & Bradstreet’s commercial databases of nearly 19 million (18,950,877) businesses between 2008 and 2014: the first a virtual census of all of the commercially-active businesses in the United States (defined as firms that have obtained a D-U-N-S® number and that sell and receive goods and services and utilize credit transactions in their business); the second their credit scoring archive database, which collects and models business commercial activity and business financial strength. All subsidiary and business establishment data are combined; only enterprise-level data (top of the business family tree, or Ultimate D-U-N-S® number firms) are reported. Additionally, public sector entities are excluded.

About Dun and Bradstreet
Dun & Bradstreet (NYSE: DNB) grows the most valuable relationships in business. By uncovering truth and meaning from data, we connect customers with the prospects, suppliers, clients and partners that matter most, and have since 1841. Nearly ninety percent of the Fortune 500, and companies of every size around the world, rely on our data, insights and analytics. For more about Dun & Bradstreet, visit DNB.com.

About American Express Global Corporate Payments
Through its Global Corporate Payments division, American Express offers a suite of B2B and T&E payment solutions that help organizations streamline processes and transform them into opportunities for savings, control and efficiency. American Express can help your organization increase working capital flexibility and strengthen relationships with suppliers. For more information, visit us at business.americanexpress.com/us and linkedin.com/company/american-express-global-corporate-payments.