Inside the world of the 'systemically important' 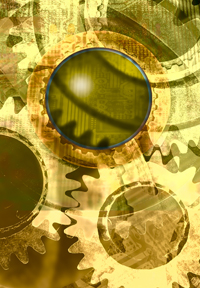 
On March 26, regulators from the Federal Reserve and the Federal Deposit Insurance Corporation (FDIC) voted to grant insurance giant MetLife a six-month extension to submit a resolution and recovery plan (commonly known as a “living will”) that outlines the firm’s strategy to ensure that its potential failure does not cause broader damage to the economy.

The vote came at the request of the judge presiding over a lawsuit that MetLife has filed against another regulator, the Financial Stability Oversight Council (FSOC), challenging the company’s December 2014 designation as a systemically important financial institution or “SIFI.”

This designation subjects its holder to a slate of more stringent regulations with which the firm must comply, and chief among them is the preparation of a living will. Along with AIG and Prudential, MetLife is currently one of just three insurers with the SIFI designation, which the FSOC typically reserves for banks with more than $50 billion in assets.

Though industry analysts have criticized MetLife’s judgment and timing in bringing about the lawsuit—“It’s not wise to begin your new relationship with a federal regulator by suing them,” Compass Point Research & Trading analyst Isaac Boltansky told Insurance Journal—the firm’s decision reflects the significant challenges of preparing a living will that accompany SIFI status.

To ensure 2008 will never happen again

The resolution plan requirement should be viewed within the broader context of a federal effort to make sure that what happened in 2008 never happens again, but it leaves those institutions deemed “systemically important” with a mandate to take a good, long look at them sooner than their non-SIFI peers have to. Should MetLife remain a SIFI, it will have to devote a great deal of time and resources now to determine which of its vital economic functions—in an insurer’s case, these include the central retail and reinsurance practices—might pose a broader risk to the system as a whole.

In order to comply with the regulators’ timetable, SIFIs must also rigorously assess their legal entity structure from the top down in order to detect any potential obstacles that could appear during the resolution process. In addition, a SIFI needs to make sure that their data production capacities are efficient and up-to-date, a challenge that requires coordination and cooperation across the firm’s many divisions or subsidiaries.

For a company like MetLife, which previously had been outside the scope of many of the post-crisis banking regulations, making the transition to a firm under severe scrutiny will likely require a considerable investment—both in time and money—in compliance and transparency measures. The less streamlined a compliance and enterprise risk management (ERM) structure the firm has in place already, the more expensive such a transition will be, and the more a non-compliant (SIFI or not) risks being at a financial disadvantage to its competitors.

It is the prospect of fast forwarding these expenses to realign the firm’s ERM and hence become SIFI compliant-ready, unsurprisingly, that is at the crux of MetLife’s lawsuit against the government. While the scope of the non-bank SIFI regulations has yet to be determined—paradoxically, MetLife’s lawsuit may limit it from having a real say in how legislators write the final draft of the rules—it is indisputable that MetLife, along with Prudential and AIG, have their work cut out for them going forward if the designation holds.

Many situations call for independent asset and business valuation. These include setting net asset value of funds, financial reporting, IRS Section 409A compliance, financial disputes, mergers and acquisitions, restructuring, deferred compensation, and gift/estate planning. An independent valuation must meet certain requirements for it to be credible to serve its intended purpose. To avoid potential pitfalls, some of the key attributes required for credible valuations are as follows:

Independent
It is paramount that the valuator is independent and has no conflict of interest with the valued entity or any of the parties that could be affected by the outcome. It is imperative to disclose and explain any appearance of conflict and how it was mitigated.

Fit the Purpose
Valuation methodology needs to be adapted to fit its intended purpose(s). For example, discounted cash flow analysis is a common method for valuing present value of companies that generate steadily increasing “free cash.” However, start-ups and newer Internet and technology companies often have no significant free cash flow and unreliable revenue projections. Comparable analysis that considers similar entities could be a more viable method but requires data from other startups and should take into account stage, size, potential market size, management and the supportive role of founding investors.

Clear Assumptions
It is essential to identify all key assumptions used clearly, explain the underlying rationale and provide necessary supporting examples. It is also helpful to provide possible ranges and calculate sensitivities to the ranges of the assumptions.

Transparent Approach
A valuation report should include sufficient details and explanations about how the valuation was derived and what data and methodology were used such that another valuator would be able to replicate, validate, or assess the reasonability of key assumptions and framework.

Consistent and Error Free
Valuation failures can often involve inconsistency in definitions, application of financial information, misclassification and the like. These types of flaws are identified by valuation reviewers and flagged. More and more, valuation advisors are becoming more disciplined in this respect, and some are using other independent internal groups to validate and critique their findings.

Clear Alternative Methods and Factor Weighting
Valuation analysis should include several applicable methods. The alternative methods need to be weighed based on their driving factors to arrive at a final conclusion of value. The explanation of weightings used must be clear and defendable.

Clear Comparables
Comparable assets or entities must be identified with supportive arguments as to their comparable attributes explained. There should be no cherry picking as that can reduce the validity of the final conclusions.

There are many pitfalls in providing independent valuation opinions but they can be avoided by following a disciplined approach and controlled processes.