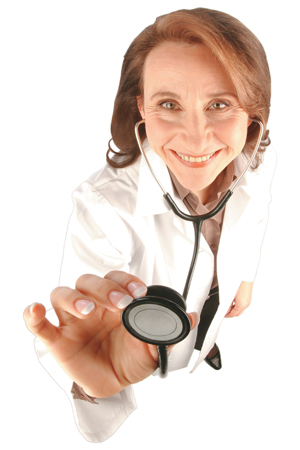 Mr. Haynor is the Founder and CEO of SeniorQuote Insurance Services, Inc., a nationwide provider of Medicare-related products and services. Haynor holds more than 30 years of experience in the insurance and the financial services industries and personally knows the issues related to seniors navigating through the confusing Medicare insurance market. Connect with him by e-mail: [email protected]. VisitÂ  seniorquote.com
Part I in a three-part series

Many financial advisors are finding themselves trying to answer Medicare questions to their growing – and aging – customer base. And the volume of questions may greatly increase during the upcoming Annual Open Enrollment, October 15 to December 7. Medicare is not something many specialize in, or want to, because of the regulatory hurdles and lower commissions that come with selling such products. Nevertheless, itâs something that, at the very least, more and more agents will have to be prepared to answer for their clients before making a referral as to how to get the any additional coverage above what Original Medicare already provides.

View the milestones of the history of Medicare

We understand this all too well. We partner with a host of life and health insurance carriers on this issue. So while I wonât attempt to make anyone a Medicare insurance agent overnight, this three-part series will arm you with the information you need to help get your clients on the right path to finding Medicare coverage thatâs right for them while keeping your focus on helping them obtain the health an life insurance products necessary for their peace of mind and financial well being. An understanding of the history of Medicare is a good place to start framing the discussions you may have with your clients.

1965: Planting the Seeds of Compassion & Duty

On July 30, 1965, an historic bill signing ceremony took place at the Truman Library in Independence, Missouri. The occasion was a lively media event that captured for posterity the formal signing of Medicare into law. President Lyndon Baines Johnson, across the table from President Harry S. Truman â with Lady Bird Johnson and Bess Truman flanking the two men â handed the 81-year old former president his Medicare card. In so doing, he became its official first beneficiary of the new program. In this landmark event Johnson told the nation, âIt all started with the man from Independence,â adding that Truman had, âplanted the seeds of compassion and dutyâ that led to the enactment of Medicare, a national health insurance program for the aged.

At the time half of the countryâs population over age sixty-five had no medical insurance, and a third of the aged lived in poverty, unable to afford proper medical care. The law has two parts: Part A covers hospital stays and Part B covers outpatient physician services. In 1972, President Nixon and Congress extended Medicare to cover 1.5 million social security disability beneficiaries. The same legislation also limited the monthly premium under Part B of Medicare, and extended coverage for kidney transplants and renal dialysis to workers under social security and their dependents. Medicare would also be extended to cover 100 percent, rather than 80 percent, of home health services. It would cover more of the cost of nursing home care, pay for kidney transplants, chiropractors, and to cover disabled Americans of all ages.

In 1977, Medicare expenditures were double what they had been only three years earlier. From 1974 to 1977, hospital costs increased at an annual rate of approximately 15 percent, more than double the economyâs overall rate of inflation. Health care costs were among Americansâ top three domestic policy concerns. Consequently, President Carter removed the program from the Social Security Administrationâs control in March 1977 and created a new agency to administer it: the Health Care Financing Administration (HCFA).

As the inflationary decade of the 1970s gave way to the prosperous 1980s, the aging population was growing and more than 28 million individuals were enrolled in Medicare. The Reagan Administration addressed the financial strain as costs for elderly healthcare soared by implementing a revolutionary hospital reimbursement system for Medicare billing: payment through Diagnosis Related Groups (DRGs). Congress accepted Reaganâs proposals in 1982 and 1983. The concept was to avoid cost-based reimbursement that gave an incentive to have high costs and replaced it with a system of prices that were not prohibitive. Rather than simply reimbursing hospitals whatever they charged to treat Medicare patients, the new model paid hospitals a predetermined set rate based on the patientâs diagnosis. In essence, it became illegal for hospitals to charge even a penny more than the price the government mandated. Doctors were no longer allowed to do what was termed âextra billâ.

In 1977, Medicare expenditures were double what they had been only three years earlier. From 1974 to 1977, hospital costs increased at an annual rate of approximately 15 percent, more than double the economyâs overall rate of inflation

A more popular Medicare reform, at least for the elderly, came in 1985 when private insurance plans were introduced into its program. The Medicare Advantage (MA) program, or Part C, or Medicare+Choice, as it was formerly known, authorized Medicare to contract with risk-based private health plans, or those plans that accepted full risk for the costs of their enrolleesâ care, in exchange for a monthly premium. Those who chose to enroll in an MA plan continued to pay, directly to Medicare, their required Part B premium for physiciansâ services. In return, enrollees received health insurance for all services through their MA plan. Based on the Health Maintenance Organization (HMO) model, today there are more than 500 Medicare Advantage plans, which include HMOs, as well as Preferred Provider Organizations (PPO), Private Fee-for-Service Plans (PFFSP), Special Needs Plans (SNP), and Medicare Medical Savings Account Plans (MSP).

Over the past 25 years, the MA program has pursued two stated goals. The first was to expand Medicare beneficiariesâ choices to include private plans with coordinated care and more comprehensive benefits than those provided through traditional Medicare. The second goal was to take advantage of efficiencies in managed care and save Medicare money.

To satisfy both of these objectives, the plans would have to be paid enough by Medicare, and by the plan enrollees, to make sufficient profit to justify their participation and to offer care that satisfied regulatory requirements. At the same time, they would have to keep the beneficiariesâ premiums and cost sharing low enough, or to offer enough additional services, to attract beneficiaries from Original Medicare versus Medicare Advantage. However, to date insurance carriers that offer Medicare Advantage plans have not been able to successfully find payment rules that simultaneously expand beneficiariesâ choices and save Medicare program funds, thus continuing the Medicare dilemma of affordability for both beneficiaries and providers.

The most recent addition to Medicare came in 2006, when a voluntary prescription drug benefit, calledÂ Medicare Part D,Â became available through insurance companies and HMOs. Under the plan, individuals pay a minimum monthly premium and an annual deductible that can vary in price range as well as 25 percent (or approximate flat copay) of the full drug costs up to $2,400. After the initial coverage limit is met, a period commonly referred to as the âDonut Holeâ kicks in whereby the enrollee may be responsible for the insurance companyâs negotiated price of the drug, less than the retail price without insurance.

Today, Medicare is operated by the Centers for Medicare & Medicaid Services (CMS). Previously known as theÂ Health Care Financing Administration,Â this entity is a federal agency within the United States Department of Health and Human Services that works in partnership with state governments to administer Medicaid, theÂ State Childrenâs Health Insurance Program, andÂ health insuranceÂ portability standards. In addition to these programs, CMS also holds administrative responsibilities for simplifying the standards from theÂ Health Insurance Portability and Accountability ActÂ of 1996, quality standards inÂ long-term careÂ facilities (more commonly referred to asÂ nursing homes) through its survey and certification process, clinical laboratory quality standards under theÂ Clinical Laboratory Improvement Amendments and oversight ofÂ HealthCare.gov. This mammoth organization has one of the largest portions of the federal budget – $900 Billion projected for 2015, fast approaching $1 Trillion – and employs 6,000 people, many of whom hold the responsibility of uncovering policy violations and go after as many brokers as they do individuals, making the burden of compliance on the providers as much as the patients.

This quick summary of Medicareâs history provides the basis to go over how has impacted this service and what seniors can expect in terms of the available benefits, costs, co-insurance and supplemental coverage in the next two articles. So stay tuned.