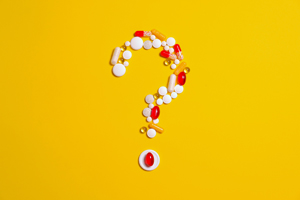 Ms. Mantell is the founder and president of Mantell Retirement Consulting, Inc., a retirement business development, marketing & communications, and education company supporting the financial services industry, advisors, and their clients. She is author of âWhatâs the Deal with Retirement Planning for Women,â âWhatâs the Deal with Social Security for Womenâ and blogs at BoomerRetirementBriefs.com.

Part IV in our 2022 series on Medicare. Read Part III, Part II and Part I.

The vast majority of Americans over age 65 have one or more chronic health problems. Twenty-four percent have one chronic condition and a whopping 63.7% have two or more.

Millions live longer today thanks to the miracles of modern medicine: prescription drugs. However, improvements come with a steep price tag many seniors on Medicare struggle to pay. Medicare Part D and drug plans bundled with Medicare Advantage Plans help with the high costs of prescription drugs.

Until 2006 Medicare didnât cover prescription drugs from a pharmacy. It only paid for drugs delivered to hospital in-patients or outpatient infusions such as chemotherapy.

Older people in need of these new drug marvels couldnât afford them.

The Medicare Modernization Act of 2003

Congress got involved in the early 2000âs to address the rapidly rising, and unaffordable prescription drug situation for seniors. In usual fashion at that time, the debates were long, drawn out, and heated. But in the end, there was bi-partisan support for the new law.

On December 8, 2003 (19 years ago) the Medicare Prescription Drug, Improvement, and Modernization Act of 2003 was signed by then President George W. Bush. Part D plans became available for the first time in 2006.

To understand Part D pricing is nearly impossible. Your clients are stuck paying whatever the negotiated price is for their drugs. Price negotiations are closely held secrets between pharmacy benefits managers, insurers, and drug manufacturers.

Pricing for each individual drug is based on an opaque formula at each insurance company. There are three incredibly powerful forces at play: the formulary, the pharmacy, and the insurers who offer plans. Insurers each decide which drugs they will cover (their formulary), how they will price the drug (by tier and brand vs. generic), and which pharmacy chain or store will be considered preferred, standard, or out-of-network. And each year all the moving parts change.

Yes, every year the entire mix of drugs, costs, and level of pharmacy âpreferrednessâ gets completely reassessed, reviewed, and redetermined. Your clients have no clue and no say in the matter.

Advisor Tip: Because every piece of the drug pricing puzzle changes every year, it is critical your clients use the Open Enrollment Period (Oct 15 â Dec 7) to review and reassess the prices and options for their specific medications.

How Much Will Clients Pay for Their Rx Drugs?

Turns out, this is a complicated question.

First, clients must choose an insurance plan for Part D. Depending on their state and the region by zip code, clients will generally have between 19 and 27 stand-alone Part D plans to choose from. These plans come with a monthly premium that can range from just a few dollars to over $100 per month.

Next, each client should confirm their current drugs are still covered by their current plan. And the plan is the least expensive option. When in a Part D plan, it is unlikely clients realize there are four payers for each drug in the mix:

Each party pays a different percentage of the cost of each drug; and each party enters the equation at a different time. For example:

Yes, every year the entire mix of drugs, costs, and level of pharmacy âpreferrednessâ gets completely reassessed, reviewed, and redetermined. Your clients have no clue and no say in the matter...

Advisor Tip: Let clients know they are shopping on price when it comes to Part D. Theyâll want to find the insurance plan with the lowest premium plus drug costs to get maximum value. And it likely changes every year.

Most Medicare Advantage Plans Include a Drug Plan

Similar shenanigans go on behind the scenes when pricing drugs in Medicare Advantage Plans with prescription drug coverage (MAPDs). When clients choose a MAPD, they need to include each of their drugs to ensure the MAPD covers their drugs on their formulary.

On average, clients will have about 39 MAPDs to consider each year. The drug portion of a MAPD generally does not have a separate premium, but often carries a separate deductible, not to exceed the annual deductible ($505 in 2023).

Advisor Tip: Clients should plan to compare costs for their drugs across the various MAPDs and stand-alone Part D plans. They use the âfind plansâ tool on Medicare.gov.

Clients with high incomes during retirement will pay an Income-Related Monthly Adjustment Amount for Part D plans. This is a separate and distinct IRMAA surcharge than the Part B one covered in part 2 of this series.

Most retirees donât pay anything to Medicare for joining a Part D plan. But when clients who file individual tax returns (including widow(er)s) have income above $97,000, and married clients filing jointly with income above $194,000, they must also pay a Medicare Part D IRMAA.

In 2023, the Part D IRMAA ranges from $12.20 to $76.40 per person per month. It will be automatically deducted from clientâs Social Security payments each month. Or they will receive a bill that must be paid timely until they begin Social Security.

Signed into law in August, the Inflation Reduction Act provides many Medicare beneficiaries with immediate cost relief beginning in January 2023. Those using insulin and covered insulin products will have a cost cap of $35/month. (Important to note, clients not yet on Medicare do not qualify for this cap.) In addition, clients on Medicare will no longer pay for recommended vaccines.

Beginning in 2025, all Medicare beneficiaries will have an out-of-pocket cost cap of $2,000, including the deductible.

Advisor Tip: These cost reductions may significantly and substantially change the outlook of retirement income plans for clients with extremely expensive drugs. Make sure to rerun plans with these new reductions factored in.

That answer is a big âmaybe.â The general rule is Part D plans are voluntary. However, if a client waits too long to enroll, theyâll be assessed a permanent penalty for the remainder of their retirement. The penalty is 1% of the “national base beneficiary premium” ($32.74 in 2023) times the number of months late. Someone who waits 7 years to join a Part D plan will pay $27.50 per month in 2023.

The base changes every year, and the penalty is recalculated every year. This penalty is in addition to any IRMAA charges. Social Security will deduct it from monthly benefit payments.

Not all clients must have a Part D plan. They may other âcreditableâ drug coverage, such as from an employer or spouseâs employer, TriCare for Life, a union plan, etc. If their Rx plan meets Medicareâs conditions, they will not be penalized if joining a Part D plan when that coverage ends.

When a client loses creditable drug coverage, they have two months to get a Part D plan in place. The penalty clock starts ticking after 63 days elapse with no plan.

Advisor Tip: Ask clients to keep all letters from their employer or other provider of drug coverage every fall. Providers are required to notify everyone that the plan is considered âcreditableâ (or if it isnât).

Take time to notify all clients already in Medicare. If they donât shop wisely each year during the OEP, they could see wild cost swings in January when they fill their first prescription of the year. Or find a drug is no longer covered by last yearâs plan.

Whether we agree with this situation or not, frankly, doesnât matter. Itâs what all clients are grappling with every year. Sitting on the sidelines is a dangerous decision.