The Pensionomics 2023: Measuring the Economic Impact of Defined Benefit Pension Expenditures, from The National Institute On Retirement Security, calculates the national economic impacts of U.S pension plans, as well as the impact of state and local plans on a state-by-state basis. The full report is available here. There will be Webinar on January 11 at 2 PM ET to review the findings of the report. Register for the webinar here. A map with downloadable state fact sheets regarding the economic impact of state and local pension plans is available here. 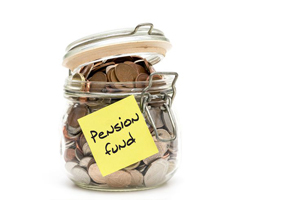 WASHINGTON, Jan. 4, 2023 /PRNewswire/ — Economic gains attributable to private and public sector defined benefit pensions in the U.S. during the COVID-19 pandemic were substantial, according to a new report from the National Institute on Retirement Security (NIRS). Retiree spending of public and private sector pension benefits in 2020 generated $1.3 trillion in total economic output, supporting nearly 6.8 million jobs across the nation. Pension spending also added nearly $157.7 billion to government coffers at the federal, state, and local levels.

“The impact of pensions goes so much deeper than providing financial security to retirees, which we saw in real-time during the global pandemic. In 2020, the U.S. and global economies suffered unprecedented, abrupt, and deeply devastating impacts with the COVID-19 outbreak,” said Dan Doonan, NIRS executive director and report co-author.

“During this time, pension income was crucial for millions of Americans. Retirees with pensions knew that their retirement income was stable and secure, despite severe economic instability. Pensioners could continue spending at normal rates, which supported millions of jobs across the nation during a time of massive layoffs. In contrast, many retirees relying on individual savings in 401(k) accounts during the height of the pandemic were fearful to spend their savings, which is detrimental to the economy.”

“Also important is the tax revenue generated from pension spending. This tax revenue comes from two major sources: taxes paid by beneficiaries directly on their pension benefits and taxes from expenditures in the local economy, like sales tax on retail purchases. Pensions remained a stable source of revenue for governments, which were starved for revenue in the early days of the pandemic,” Doonan explained.

Nearly 25 million retired Americans and their beneficiaries in the public and private sectors receive a pension. Because pension income lasts through retirement and provides stable monthly income, retirees can continue to spend their income at normal rates. In contrast, retirees relying primarily on individual savings like 401(k) accounts may be fearful to spend their savings during economic turmoil.

Pension spending supports jobs and the local economy where retirees reside and spend their benefits. For example, when a retired firefighter receives a pension benefit payment, s/he spends the pension check on goods and services in the local community. S/he purchases food, clothing, and medicine at local stores, and may even make larger purchases like a car or a computer. These purchases, combined with those of other retirees with pensions, create a steady economic ripple effect.

$612.6 billion in pension benefits were paid to 24.6 million retired Americans, including:

Pensions remained a stable source of revenue for governments, which were starved for revenue in the early days of the pandemic...

Pension expenditures are especially vital for small and rural communities where other steady sources of income may not be readily found if the local economy lacks diversity. As many small towns and rural communities across America face shrinking populations and growing economic challenges, recent research finds that a positive economic contributor to these communities is the flow of benefit dollars from public pension plans. In 2018, public pension benefit dollars represented between one and three percent of GDP on average in the 2,922 counties in the 43 states studied.

The purpose of Pensionomics 2023 is to quantify the economic impact of private and public sector pension payments in the U.S. It also quantifies the impact of public pensions in each of the 50 states and the District of Columbia. Using the IMPLAN model, the analysis estimates the employment, output, value added, and tax impacts of pension benefit expenditures at the national and state levels. Because of methodological refinements explained in the Technical Appendix, the state level results are not directly comparable to those in previous versions of this study.

About The National Institute on Retirement Security

The National Institute on Retirement Security is a non-profit, non-partisan organization established to contribute to informed policymaking by fostering a deep understanding of the value of retirement security to employees, employers and the economy as a whole. Located in Washington, D.C., NIRS membership includes financial services firms, employee benefit plans, trade associations, and other retirement service providers. More information is available at www.nirsonline.org. Follow NIRS on Twitter @NIRSonline.