Cost of Future Retirement Income On The Rise 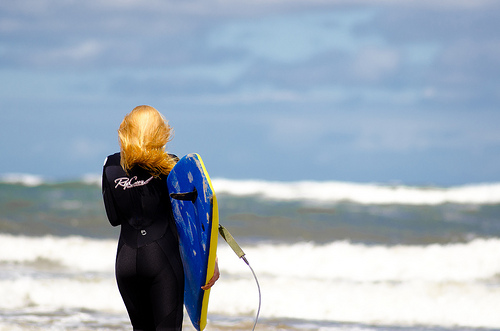 July 10, 2014- NEW YORK–(BUSINESS WIRE)–The estimated cost of generating future retirement income is more expensive than a year ago. However, the good news is that American pre-retirees â those ages 55, 60 and 64 with median income and retirement savings1 â are on track to replace as much as two-thirds of their on-the-job earnings each year in retirement from savings and Social Security payments, according to new data from BlackRock that examines Americansâ retirement readiness.

The new analysis, which the firm unveiled in its inaugural âCoRI Retirement Indexes Analysis,â uses BlackRockâs proprietary CoRI Retirement Indexes (âCoRI Indexesâ), which are designed to measure the estimated cost of future retirement income, and also incorporates data regarding U.S. workersâ median income and retirement savings (based on the ratio of combined 401(k) and IRA savings to income at the median level) provided by the Employee Benefit Research Institute (EBRI), one of the nationâs leading retirement research organizations.

âFor the first time, investors and financial planners have a unique lens into how Americans across the board are doing on one of the most urgent financial planning issues facing investors,â said Chip Castille, head of BlackRockâs U.S. Retirement Group. âOur goal in creating this analysis is to further reinforce how essential it is for individuals to understand their retirement income need and goal, and to save and invest appropriately in seeking to generate the income they want in retirement.â

Future costs of retirement on the rise

This is particularly striking given that the CoRI Indexes, which BlackRock launched one year ago, indicate that the estimated cost of future retirement income has increased for investors ages 55, 60 and 64. For example, for someone age 55, every $1 of lifetime retirement income was estimated to cost $14.09 as of June 30, 2014 â a 7.15% increase from a year ago. At the same time, because workersâ investments, and in some cases contributions, have increased in value due to the continued bull market over the past 12 months, the level of pre-retirement income they may be able to maintain after they quit working has stayed steady.

âWith the S&P 500 up 22% year-over-year, investors may look at their retirement portfolios, see positive investment performance and think they are doing quite well,â Castille added. âHowever, investors still have to be saving â pure investment returns alone may not tell the complete picture when it comes to retirement preparedness. Understanding how the cost of retirement income changes and how that may impact your income stream in retirement completely transforms the entire retirement conversation.â

“The reality for investors is that you canât plan your future if you donât know where you are today,” said Robert Fairbairn, global head of BlackRockâs Retail and iShares businesses. “As a firm, we are committed to helping investors answer the question, âDo I have enough money to retire?â and providing the guidance and solutions designed to help generate enough income from those savings, no matter what age you are.â

Additional findings from the analysis include:

About the BlackRock CoRI Retirement Indexes
The BlackRock CoRI Retirement Indexes began tracking the estimated cost of future, cost-of-living-adjusted lifetime income as of June 28, 2013, one year ago. The series of 11 fixed income indexes, specifically designed for individuals in the pre- and early-retirement years, use several factors, including interest rates and inflation adjustments, to generate estimated future retirement income costs. An individual can use the indexes to determine either how much estimated annual lifetime income their savings may provide beginning at age 65, or the appropriate level of savings they would need today to generate a desired amount of annual retirement income. For more information on planning for retirement income, visit the CoRI tool at www.BlackRock.com/CoRI.

About BlackRock
BlackRock is a leader in investment management, risk management and advisory services for institutional and retail clients worldwide. At March 31, 2014, BlackRock managed $4.401 trillion on behalf of clients. BlackRock helps clients meet their goals and overcome challenges with a range of products that include separate accounts, mutual funds, iSharesÂ® (exchange-traded funds), and other pooled investment vehicles. BlackRock also offers risk management, advisory and enterprise investment system services to a broad base of institutional investors through BlackRock SolutionsÂ®. Headquartered in New York City, as of March 31, 2014, the firm had approximately 11,500 employees in more than 30 countries and a major presence in key global markets, including North and South America, Europe, Asia, Australia and the Middle East and Africa. For additional information, please visit the Companyâs website at www.blackrock.com.

1Based on the ratio of combined 401(k) and IRA savings to income at the median level.

2Aon Hewittâs 2008 Replacement Ratio Study, which finds that an 80% income replacement rate is needed for single people with $50,000 in pre-retirement income who retire at age 65 to maintain their standard of living.