Is the glass half-full.. or is it the wrong sized glass? 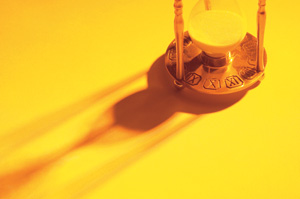 One of the most commonly cited data points about retirement is that âonly about half of working Americans are covered by a workplace retirement plan.â Drawn from the U.S. Census Bureauâs Current Population Survey (CPS), itâs cited by both those who see the current system as inadequate (or worse), as well as its most ardent championsâin other words, both by those who see the glass as half-full, and those who are inclined to see it as half-empty.

This is a data point that weâve written about before, and one that was acknowledged in a recent EBRI Issue Brief that explored various demographic and economic factors that affect retirement plan participation. The data point is relatively simple math: the number of workers who say they participated in a workplace retirement plan divided by the total number of workers. But when you take a closer look at the numbers, itâs not really that straightforwardâespecially since there are various types of workers, and that makes a huge difference in retirement coverage.

Consider that, according to that CPS data, in 2012, a total of 80.5 million workers worked for an employer/union that did not sponsor a retirement plan. However, the EBRI analysis reveals that of the wage and salary workers in this group:

Now, many of these workers fell into several of these categories simultaneously, such as being under age 21, having less than $10,000 in annual earnings, and not being full-time, full-year workers. So, as the EBRI analysis explains, once you apply certain commonsense filters for age, annual earnings, work status, and/or employer size, you can get a more realistic perspective.

If you consider the population of wage and salary workers ages 21â64 who work full-year, make $5,000 or more in annual earnings, and work for employers with 10 or more employees, 32.5 millionâor 36.4 percent of this populationâworked for an employer that did not sponsor a retirement plan in 2012.
Said another way, nearly two-thirds of workers with those characteristics worked for an employer that DID sponsor a retirement plan in 2012. Either way, the population of workers who donât have access to a workplace retirement plan who might reasonably be expected to participate is considerably different than the simplistic assessment offered by the commonly cited âless than halfâ data point.

Different people can look at the same data and draw different conclusions: some are inclined to see the glass as âhalf full,â others look at the same results and say itâs âhalf empty.â
But none of that matters if youâre looking at the wrong-sized glass.