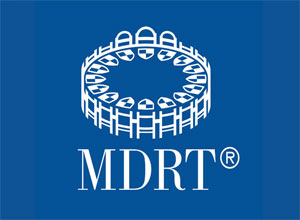 PARK RIDGE, Ill. (July 9, 2019) âEvery year, 821 million peopleâ or one in nine â suffer from chronic malnourishment. Though hunger is a complex, global issue, there is a solution: empower individuals in impoverished communities to play leading roles in the fight against hunger. The Hunger Project, an international nonprofit organization, is committed to ending world hunger by investing in communities throughout Africa, South Asia and Latin America to empower sustainable progress at a grass roots level.

For its 60th anniversary, the MDRT Foundation, the charitable arm of 72,000 MDRT members in 70 countries, is partnering with The Hunger Project to pioneer people-focused strategies that provide hope and combat hunger around the world.

âThe Hunger Project and MDRT Foundation recognize that the problem of poverty and hunger is not an issue that can be solved with just food, clothing or shelter,â said Ted Rusinoff, MDRT Foundation President. âInstead, we know that people are the solution, and we believe in The Hunger Projectâs inspiring principles of transformative leadership, gender equality, sustainability and empowered social transformation to combat these global challenges.â

Since its inception in 1959, the MDRT Foundationâs goal has been to make a tangible, global impact on those in need, and it has donated more than $34 million to charitable organizations serving people in 70 countries and all 50 U.S. states. Inspired by The Hunger Projectâs mission to eradicate global hunger by 2030 through the widespread adoption of holistic, sustainable approaches in communities around the world, the Foundation chose The Hunger Project for its charitable partner at both its Annual Meeting in June and its Global Conference in September.

âInstead of thinking there are a billion mouths to feed, we instead see a billion hard-working, creative, entrepreneurial humans who have the most invested in ending hunger,â said Cathy Burke, former Australian CEO and Global Vice President of The Hunger Project. âBy supporting and developing the leadership of those who live in conditions of hunger and poverty, we reach 16 million of the worldâs poorest people every year.â

Instead of thinking there are a billion mouths to feed, we instead see a billion hard-working, creative, entrepreneurial humans who have the most invested in ending hunger...

During the Annual Meeting, MDRT members raised over $220,000 in funds towards the Foundationâs global grants program and The Hunger Projectâs mission.

More than 9,800 members from 56 countries also had the opportunity to help fight hunger in a tangible way at the Annual Meeting by participating in the MDRT Foundation Service Project: Seed Programs International. On June 11th, members filled 20,000 seed packages, which translates into 70 tons of future produce, to send to families living in impoverished communities in Latin America. The goal was to help initiate a cycle of self-sufficiency that provides families resources to feed and support themselves.

About The Hunger Project
The Hunger Project was founded in 1977 with the goal to end hunger and poverty by pioneering sustainable, grass roots, gender-focused strategies. Currently, they have partners working in 12 countries in more than 13,000 communities, reaching more than 16 million individuals every year. The Hunger Project tailors each program to meet local challenges and opportunities wherever they work, and each program has at its foundation three essential elements. These consist of empowering women as key change agents, mobilizing communities for self-reliant action and fostering effective partnerships with local government. Many programs include workshops where local citizens are educated on health and wellness as well as how to start their own small business. Donations help sponsor training initiatives and fund workshops in impoverished communities.