With IPOs like Lyft valued at $20B, how do shareholders truly leverage their potential? 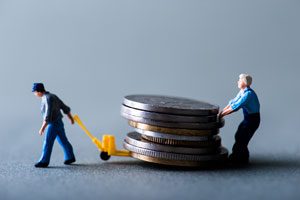 Mr. Sands is an Investment Advisor at Catalyst Private Wealth. This is being provided for informational purposes only, and should not be construed as a recommendation to buy or sell any specific securities. Past performance is no guarantee of future results, and all investing involves risk. The views expressed are those of Mitch Sands and Catalyst Private Wealth and do not necessarily reflect the views of Mutual Advisors, LLC or any of its affiliates.

The environment in which venture backed companies are going public today looks drastically different than in times past. When given a choice, there are many reasons why a company would choose to remain private and raise capital from the venture world, including to avoid the highly regulated environment that comes with becoming a publicly traded company. Late stage venture backed companies today have been provided this opportunity with, at times, seemingly endless amounts of VC money pouring into the private market. The byproduct of this liquidity is that companies have had the ability to stay private for much longer, and when they do ultimately go public, are doing so at much higher valuations than in times past.

The difference can be seen when comparing Lyft, who priced its IPO in 2019 at over $20B valuation1 to Amazon, who priced its IPO in 1997 at about a $438M valuation2. The point in comparing a company which has had a market capitalization of over $1 Trillion to a company who recently priced its IPO at over $20B is to focus on the timing of each company deciding to go public. The choice of when to access public markets has a profound effect on the shareholders of high-profile venture backed companies like Lyft who experienced significant growth as a private company over 10+ years.
Although the high-profile VC Backed IPOs of the tech unicorns of today are often viewed by the public as a onetime windfall which creates a multitude of millionaires overnight the journey for an individual to build their wealth and maximize an IPO begins long before the IPO itself.

The key for a shareholder to maximize a potential windfall from an IPO is to create a well thought out plan, which can be accomplished by them by first having a good understanding of their ultimate life goals and their current balance sheet (including their equity compensation). A shareholder who understands where they currently are and where they want to be is off to a great start in establishing a long-term financial plan and near time exit strategy around their equity.

Most shareholders at a VC backed company are neither the founders nor venture investors, rather they are employees and advisors who have vested into shares or options as a part of their compensation package. For an employee of one of these companies, the big risk they took was in picking the right company to work for – there are a lot of great VC backed companies in the market but not everyone ends up having a successful exit in the public markets like Twilio or Roku. The employee needs to have an understanding of their goals, both short-term and long-term, and what risks they are willing to take to best achieve them. There is much more risk associated with joining an early stage company, where thereâs a higher probability of a negative exit, than joining a later stage company where there is a clearer path to a future exit due to a number of variables including a strong venture financial backing or an established product with a recognizable end market.
The decision to join an early stage company typically comes with a lower salary (potentially sacrificing immediate cash flow needs), but with a commensurately larger option/equity package which has the potential to have a significantly higher upside upon the future success of the company. The greater the risk taken in the beginning, the greater the reward in the future!

With that said, compensation packages are usually comprised of a combination of both cash and stock, typically in the form of option grants vesting over a 4-year span. In negotiating an equity package, itâs important for an employee to understand the various types of option grants being offered, and how much itâs going to cost to exercise them both now and in the future. Early stage companies typically offer option packages in the form of either Incentive Stock Options (ISOâs) or Non-Qualified Stock Options (NSOs) (which are taxed differently and can greatly affect an employeeâs exercise strategy), while later stage companies will typically issue Restricted Stock Units (RSUâs), which have a vesting requirement but wonât be released until the company has an exit. Vesting into options provides the employee with the opportunity to be one of the few people in the world (alongside the founders, VC investors and other employees) to become an investor in such a VC backed company â a valuable position to be in but definitely not for the faint of heart!

Employees often mismanage their option grants and can find themselves in dire situations. The mismanagement typically comes from not having an exercise strategy due to a lack of understanding of their options grants. For example, letâs say you join an early stage VC backed company and receive a great option package and you are now fully consumed in your work – heads down building the next big thing. The company continues to raise capital at ever higher valuation rounds and after four years your options are completely vested but you never exercised them. The strike price of your options is $1 but the current value of common stock (otherwise known as the 409a) is now $10 due to the growth of your company. Of course, you have no problem exercising the options at a $1 but now you are responsible for paying taxes on the spread between $1 and $10 â a liability you likely will not be able to pay without going deep into your bank account. You could imagine the added impact if the 409a were $20/share or even $100+! These are real life situations for shareholders which can likely be found at every venture backed company.

Most shareholders at a VC backed company are neither the founders nor venture investors, rather they are employees and advisors who have vested into shares or options as a part of their compensation package. For an employee of one of these companies, the big risk they took was in picking the right company to work for...

Amassing great wealth from an exit really begins with thoughtful planning when you first receive your option grant. In the previous example, had you filed an 83(b) election (if available) or exercised some of your vesting options along the way, you could have ultimately reduced future tax burdens. The decision to exercise any option comes with inherent risks, as there are no guarantees the company will increase in value, so the shareholder needs to make sure they understand their risk tolerance and long-term plan before choosing to do so.

Many employees can have a mismatch between the desire to exercise vested options without having the cash on hand to handle the potential taxes from the exercise. This need for liquidity gave birth to the secondary market, where shareholders of private companies have the ability to sell a portion of their shares in a private transaction. Employees often arenât the only stakeholders with the need or want for liquidity in advance of an IPO, they are joined by early stage VC firms who are seeking a way to lock in their gains from their investment that they made many years ago.

Liquidity In Advance of IPO

Liquidity well in advance of an IPO can be the first steps in providing an employee with some of the financial freedoms theyâve always wanted, like paying off their student debts, beginning to bolster their liquid investment portfolio, or purchasing their first home. Regardless, the ability to de-risk a concentrated exposure to a single company can put the shareholder in a much more advantageous position leading up to an IPO.

Fast forward and after years of growth in the private markets, the company has hired investment bankers, formally filed their S-1 and closed the window to sell any more shares on the secondary market with an IPO looming. While management is on the roadshow trying to raise investor interest to participate in the IPO, the shareholders need to reassess the current state of their equity package. At this point they likely have some combination of shares owned outright, various option grants accumulated over the years at various strike prices, vested RSUâs (which will trigger when the company prices their IPO) and hopefully a healthy balance sheet created from a few secondary sales along the way! There will typically be around a 180-day lockup period after the IPO date before the employee is able to sell shares in the public market.

To Sell Or Not To Sell

There are significant decisions that a shareholder will be faced with – Do I sell or not? If I do sell, how much should I sell and when? If I sell what will I do with my proceeds? What if I sell too early and the stock goes up? What if donât sell and the stock goes down? This is where it becomes incredibly important for a shareholder and his/her advisors to create an exit plan which puts the shareholder in the best position to reach their goals. There always is a lot of chatter among employees comparing one exit strategy to another, but no single personâs situation is the same, meaning thereâs no one size fits all strategy to successfully exit an equity position post lockup.

Weâll typically see shareholders use of combination of strategies to best optimize their equity position, manage their risk, and achieve their goals. The combination will include selling shares soon after the lockup (to satisfy liquidity needs, tax liabilities, pay off debts, and de-risk their exposure), hold some shares until they have a more favorable tax treatment (for long-term capital gains), and hold some of their equity position for many years to have continued exposure to the company in the public market and participate in its potential future growth. Itâs important for the shareholder to stick to their plan â an employee who is still vesting into more options may have a drastically different exit plan then the ex-employee who owns all their shares outright and is no longer associated with the company. Similarly, a single individual with a great appetite for risk may have a completely different strategy than the individual with a family, multiple kids, and who has hopes of purchasing their dream home.

Having integrity to the plan will give the shareholder the greatest opportunity to achieve success and at the end of the day, a successful exit will come from unlocking the financial freedom needed to live the life that the shareholder has always always wanted to live while having a positive impact on society along the way. â