MassMutual Prepares For The Worst Amid 2023 Warning Signs

As 2022 draws to a close, Chairman and CEO Roger Crandall seeks to build on the companyâs strengths in technology and annuities as any number of issuesâinflation, interest rates, the Russian invasion of Ukraine and energy volatilityâweigh on his mind

In a new article, Bestâs Review spoke with Massachusetts Mutual Chairman and CEO Roger Crandall about how the life insurer plans to meet the coming yearâs challenges. Bestâs Review is AM Bestâs monthly insurance magazine, covering emerging issues and trends and evaluating their impact on the marketplace. 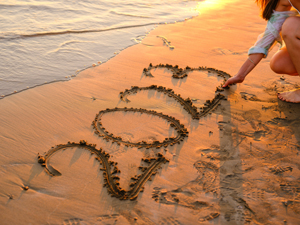 With even the Federal Reserve warning a recession could be in the cards for 2023, Massachusetts Mutual Life Insurance Co. Chairman and Chief Executive Roger Crandall hopes to gird against any potential rough patches by going more digital.

By bolstering its migration to a new, more efficient platform, Crandall said the digital investment will allow MassMutual to better attract customers in a tightened sales environment and will make their products more attractive to distributors. He said the effort will streamline its operational costs while improving both the internal and external experience. At the same time, he said the company is focused on preparing its balance sheet and product mix as needed to avoid trouble.

âThis is the most anticipated downturn in a long time,â Crandall said. âBut it’s hardly the first rodeo for MassMutual seeing downturns. So we want to make sure we get a breadth of product, a breadth of distribution, and then the balance sheet to make sure that we’re going to be able to provide what our policyholders always look for from us.â

The digital investments continue the company’s efforts to build on its technology since it founded Haven Life in 2015, when it hoped to capture a younger audience through an all-digital product. The new outfit, which was designed to operate as a startup at heart within the older company, has operated as an independent subsidiary while enjoying the backing of MassMutual. Crandall said nearly 60% of MassMutual policies are written using its less costly and quicker platform.

Early this year, the company spun off Haven Technologies. That venture is based on the premise that the largest issue confronting the life insurance industry is a technology gap in the computer systems that take a customer from the initial quote through claims management.

As a result, Haven Technologies sells a digital platform to carriers. The aim is to create a new area of revenue growth outside of pure life and annuities, he said. âWe need to use technology to reach everybody,â Crandall said. âAnd that’s where the investments we’ve made, again, personified really in the spin out of Haven Technologies, I think sets us up for some continued growth ahead right now.â

As 2022 closes, the potential for a looming recession, a major land war in Europe and rising interest rates that have pushed down other areas of investments have conspired to create an uncertain road ahead.

âThe Fed is raising rates aggressively, the economy is seeming strong, but everyone’s feeling really nervous in part because inflation is the highest it’s been since my dad worked at MassMutual,â said Crandall, whose father was a salesman there for 30 years. âIt’s been kind of quite a year, but from a MassMutual perspective, it’s also been really a phenomenal year.â

One of the biggest questions in life insurance at the moment is how rising interest rates and a potential recession may impact the roster of products carriers offer and which ones are competitive. Just as a decade of economic growth in a low-rate environment forced companies to shift their offerings, the road ahead could be just as impactful.

MassMutual also needs to concentrate on the products it offers and find ways to remain flexible in responding to market forces, Crandall said.

Ordinary life insurance was MassMutual’s largest insurance line at 30.7%, and individual and group annuities were 33.5% and 33.4%, respectively, according to AM Best. The company is the eighth largest U.S. life/health carrier with $100 billion of total life insurance policies issued.

With its $3.5 billion acquisition of American Financial Group Inc. subsidiaries in 2021, MassMutual gained access to the Great American Life Insurance Co. ârebranded as MassMutual Ascend âand its two insurance brands, Annuity Investors Life Insurance Co. and Manhattan National Life Insurance Co. MassMutual Ascend and its subsidiaries had about $40 billion of traditional fixed and indexed annuity reserves at the close of 2020, the company said. While the 2022 annual report hasn’t been released yet, Crandall said annuity sales are up almost 100% this year following a strong decade and sales of life insurance products grew by nearly 14% year-over-year. Even so, should the short- and long-term yield curve invert and remain so for a while, the company is ready to shift greater emphasis to its smaller universal life segment in response.

I think one of the great questions going into 2023 is, is the Fed going to overshoot here and drive us into a recession in the attempt to get inflation under control? The simple answer is, we don't know. We want to be prepared in case that happens, as we always are...

The company is also prepared to shift toward income and fixed annuities if they become what is most attractive to the market. And, of course, maintaining both a broad distribution system and capitalization will be important, he said.

âMaking sure that our advisers have the right products to sell and then continuing to invest in technology for our agents is important,â Crandall said. âWe want to be ready for whatever the market brings us there.â

As far as its own balance sheet, MassMutual is focusing on bolstering its capital position to ensure if there is a recession the company can carry through. While there’s been unease for life insurers looking at the current economic climate and unrealized investment losses, there still haven’t yet been any wholesale problems for the industry. How that situation develops will be a determining factor in the coming 12 months, Crandall said.

âSo talk about the year ending differently than it started, right?â Crandall said. âThe question is, are we going to have a credit cycle? Remember, we actually haven’t had much in the way of credit losses. We haven’t had a lot of impairments.

âThe industry is in good shape and MassMutual is in good shape. We have over $33 billion of total adjusted capital, the highest level we’ve ever had, strong RBC, strong asset quality,â Crandall said.

The various underwriting entities of MassMutual have Best’s Financial Strength Ratings ranging from B++ (Good) to A++ (Superior).

The company was rated by AM Best as having the balance sheet strength assessed as the strongest in a July credit report with a diversified investment portfolio, risk-adjusted capitalization and strong liquidity.

It’s no surprise that Crandall’s thoughts would turn to the year ahead as this one comes to a close. He cites geopolitical riskâhe called Russia’s invasion âhorrificââas a top-level issue, along with inflation and volatility of energy prices and world currencies that can spill over. Another area that keeps him worried is a cyberattack, possibly from Russia as part of the war, and the need for insurers and the broader economy to be prepared for it.

The dual challenges of inflation and recession are also major concerns. The Fed raised rates six times during 2022, including multiple 0.75 percentage point increases starting in July as the fight against inflation took priority and other indicators warned of recession. The Fed said it will monitor economic indicators such as inflation, labor markets and public health in assessing any future rounds of increases.

That marks a sharp departure from the lengthy low interest rate environment of recent years. Interest rates dipped amid the 2008 financial crisis and remained at low levels for over a decade. They again flirted with zero in the first half of 2020 as the COVID-19 pandemic closed down economies.

The balancing act the Fed must pull off is ensuring the increases are steep enough to curb inflation near four-decade highs but not at such a rate that it plunges the U.S. economy into a deep recession. After a September rate increase, the Fed’s Federal Open Market Committee predicted a rise in unemployment to 4.4% in the coming year along with gross domestic product growth of 1.2%.

âI think one of the great questions going into 2023 is, is the Fed going to overshoot here and drive us into a recession in the attempt to get inflation under control?â he said. âThe simple answer is, we don’t know. We want to be prepared in case that happens, as we always are.â

The rising rates have prompted volatility in equities markets. Crandall said as a mutual life insurer his company’s exposure to publicly traded stocks is small.

Given the rate of Fed rate hikes, he said MassMutual will need to monitor in near-real time its pricing structure. âIt’s not unusual now to have moves in a day that you might have seen in a month all that long ago. You need to make sure you’re very kind of quick on your pricing there,â he said. âOn the product side, that’s really where we’ve been focused.â

At the same time that it readies for 2023, MassMutual still needs to keep an eye on long-term operations. Crandall said it intends to continue to focus on technology improvements, responding to the needs of a post-pandemic workforce and growing its presence in the sought-after middle market.

âYou really don’t want to see high unemployment and consumers having trouble paying their bills and paying their car loans and their mortgages and rents, etc.,â he said. âI think the concern about the economy really tipping into a real recession will be the other part of my trifecta of things to worry about today.â