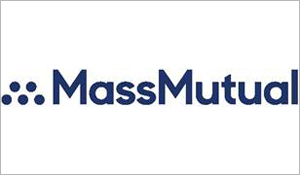 IRVINE, Calif., March 2, 2018 /PRNewswire/ — A jury in Los Angeles Superior Court found [last week] that Massachusetts Mutual Life Insurance Co. (“MassMutual”) did not improperly withhold dividends from a class of hundreds of term life insurance policyholders. The jury sided with the insurer and found that the policies in question never generated enough profit to warrant dividends under the policy agreements.

In Christina Chavez v. Massachusetts Mutual Life Insurance Co., after deliberations following a 12-day trial, the jury rejected named plaintiff Christina Chavez’s claims that the insurer had breached its contracts with hundreds of people who had purchased participating 20-year term life insurance, or T20G policies, from 2000 to 2004 in the Los Angeles area.

As a mutual insurance company owned by its policyholders, MassMutual pays out its excess profits to “participating” policyholders each year in the form of dividends. Chavez filed suit in April 2010, and in her trial brief filed last month contended that as part of the language of the participating life insurance policies, the insurer was mandated to annually determine those policies’ contributions to the company’s excess profits, or “divisible surplus,” and return their fair share in a dividend.

During closing arguments, the plaintiff attorney claimed that the company had dodged its duties by refusing to actually do the math...

During closing arguments, the plaintiff attorney claimed that the company had dodged its duties by refusing to actually do the math and determine if the T20G policies were entitled to dividends each year, asserting that MassMutual actually owed the class a total of $717,000 in dividends. The jury sided with the insurer in holding the plaintiffs had failed to prove that the policies actually generated such profits.

Jennifer Keller of Keller Anderle LLP, representing MassMutual, defended the company during closing arguments by focusing on Chavez’s actuarial expert Tom Bakos, explaining to the jury that Bakos had manipulated the financial numbers to show a profit on the T20G policies, which actually had not come close to surpassing a 5 percent profit, the threshold over which dividends were payable, she said. “The Tom Bakoses of the world can probably find any mutual life insurance policy anywhere in the world and pick it apart â¦ and can find somewhere in there some numbers to manipulate,” she said. Sean Commons of Sidley Austin was second chair at the trial.