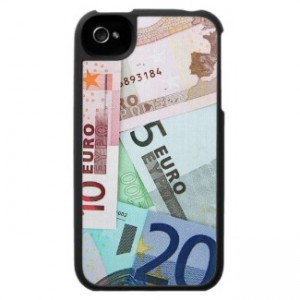 Stocks checked their advance last week as investors weighed earnings reports and waited for more news. Worries at one of Portugal’s largest banks also contributed to mid-week losses. For the week, the S&P 500 lost 0.90%, the Dow fell 0.73%, and the Nasdaq dropped 1.57%.

Markets took a dive in the middle of the week on news that one of Portugal’s largest banks may be in trouble. Investor concerns about a possible domino effect in the EU’s financial system were soothed by statements from European Central Bank officials, who claimed that only one bank was affected by financial irregularities. However, investors still used the opportunity to take some profits off the table.

Expectations about second quarter performance also set the tone for markets last week. While investors were willing to shrug off negative news in the first quarter because of the poor weather, their optimism has raised expectations for Q2 earnings and economic performance. So far, we haven’t seen enough data to draw any conclusions, but total Q2 earnings for S&P 500 firms are expected to be up about 3.00%.

While investors were willing to shrug off negative news in the first quarter because of the poor weather, their optimism has raised expectations for Q2 earnings and economic performance

Economic news was scarce last week, but weekly jobless claims fell to one of the lowest levels since the last recession. While weekly numbers are always volatile, the four-week moving average also dropped to the second-lowest reading since August 2007.[4] All told, it was a pretty good week for the labor market.

Earnings season kicks into high gear this week and reports will likely affect markets as investors discover whether their high hopes for second quarter performance bear out. Federal Reserve Chair Janet Yellen will also deliver her second semi-annual remarks on monetary policy before the House and Senate. [5] Though we don’t expect any surprises, analysts will be digging into her comments for hints about when the Fed might raise interest rates.