Investors hedge before a big week… 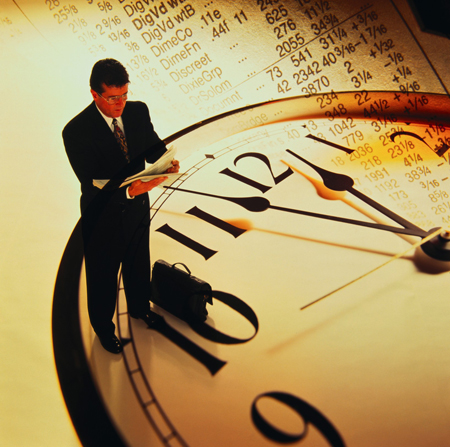 Markets closed last week on a down note – breaking five straight weeks of gains – as investors hedged their bets ahead of a pivotal Federal Reserve Open Market Committee Meeting. For the week, the S&P 500 lost 1.10%, the Dow dropped 0.87%, and the Nasdaq slid 0.33%.
After weeks of great performance, markets finally hit pause as investors declined to push markets higher ahead of a big week. Fed decisions have driven a lot of market activity in recent months and the upcoming FOMC meeting is highly anticipated. Analysts are poised to leap on any hint of Fed economists’ thinking about the state of the economy and the return to normalized monetary policy.

What will the Fed be looking for? Overall, clues that the U.S. economy is still on the path to sustainable, broad-based growth. So much of what the FOMC does comes down to interpretation and reading the tea leaves; Fed economists are accustomed to delving deeply into the data and making judgments based on cloudy and uncertain data.

A focus on labor…

One of the biggest variables in the Fed’s evaluation of the economy is the labor market. So far, most indicators show that the labor economy is improving, albeit modestly. The August jobs report was grim and showed that job creation slowed over the last three months. Worse, the labor force participation rate was a measly 62.8%, the lowest rate seen since the 1970s.

However, fresh research by a group of Fed economists suggests that declines in labor force participation since the financial crisis – often attributed to discouraged Americans who drop their job searches – may actually be due to the natural aging of the U.S. workforce as boomers move into retirement. If true, this means that the Fed may be able to discard some of their concerns about discouraged workers.

One of the biggest variables in the Fed's evaluation of the economy is the labor market. So far, most indicators show that the labor economy is improving, albeit modestly

Digging a little deeper, the number of job openings in the U.S. ticked down slightly in July, but is still close to a 13-year high. On the other hand, the pace of hiring hasn’t kept up with job openings, indicating that workers may be struggling to retool for new jobs or that employers may not be offering competitive wages. Unfortunately, these are not problems that the Fed can solve, but economists need to factor these issues into their thinking to ensure that they don’t take away the training wheels too soon.

There are a couple of decisions that could come out of the FOMC meeting.

Whatever decision comes out of the meeting, investors can expect some volatility as markets adjust to the news. Investors will also want to gauge the expected effects of a fresh round of sanctions against Russia, which many analysts worry will dampen growth in Europe.[5] All told, it’ll be an informative week and we’ll keep you posted.