Despite the pull of other forces, momentum continues 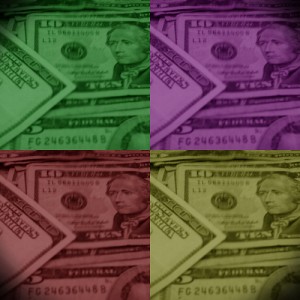 Despite a tumultuous week that had it all – earnings, volatility, geopolitical shock, and monetary policy news – markets were still able to chalk up a win. For the week, the S&P 500 gained 0.54%, the Dow grew 0.90%, and the Nasdaq added 0.38%.

Federal Reserve chair Janet Yellen gave semi-annual speeches on monetary policy before the House and Senate. She confirmed that quantitative easing would end after the October Federal Open Market Committee meeting if the economic outlook continues to look good. However, she dodged a key question about the timing of interest increases, indicating that the Fed is not yet ready to commit to a formal plan. Yellen cautioned that economic signals are somewhat mixed and predictions are never certain; however, she believes that underlying economic trends are largely positive.

International events took center stage when a civilian airplane carrying several hundred passengers was shot down over Ukraine, allegedly by pro-Russian separatists with possible military support from Russia. International condemnation of the shocking event was swift, but it’s hard to know what will happen next. On the one hand, international outrage over the civilian deaths may ratchet up the sanctions on Russia.

On the other hand, the importance of Russian trade ties with Europe argue for a more cautious approach, given how fragile the EU’s economy is right now. In the Middle East, the Israeli Defense Force moved ground troops into Gaza in an effort to quell the rocket attacks from Hamas. Despite international diplomatic efforts, hostilities between the two sides are escalating, fueling fears about instability in the Middle East.

These global worries caused stocks to dive on Thursday, but better-than-expected earnings boosted investor sentiment, pushing stocks higher on Friday. So far, second quarter earnings are off to a good start, though it’s too soon to draw conclusions about the whole season. Thus far, we’ve heard from 45 S&P 500 companies, mostly in the Finance sector; overall, earnings are up 5.2% from Q2 2013, on 2.8% higher revenues.[5] Again, while we can’t use these data points to predict earnings results from other companies, it’s a sign that investors’ optimism about the second quarter might be rewarded.

This week, earnings data and news from Ukraine and Israel will likely dominate market headlines, potentially stoking more volatility. On the earnings calendar this week will be reports from heavyweights like AT&T (ATT.CL), Microsoft (MSFT), Starbucks (SBUX), and Apple (AAPL).