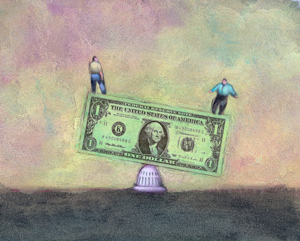 The issuance of US$-denominated high-yield bonds has already set a record-high for the month of August. Thus far in August, more than $42 billion of high-yield bonds have been offered, which easily tops 2012âs previous month-long record high for August of $33 billion.

The first eight months of 2020 will show a year-over-year increase of at least 32% for the issuance of high-yield bonds to $358 billion. The latter easily tops 2017âs old record high of $290 billion for high-yield bond issuance during the January-August span.

What makes 2020âs record-breaking pace for US$-denominated high-yield bond issuance nothing less than remarkable is how it has occurred amid both a recession and a steep, unfinished ascent by the U.S. high-yield default rate. From December 2019âs 4.3%, the high-yield default rate has since climbed to July 2020âs 8.4% and is expected to eventually crest at February 2021âs 12.1%. (The default rate projections are courtesy of default research analysts from Moodyâs Investors Service.) Nevertheless, the high-yield bond market seems to have gotten over any high anxiety regarding the worrisome outlook for defaults.

Despite the rise by the default rate from March 2020âs 4.9% to Julyâs 8.4%, Bloomberg/Barclays high-yield bond spread has narrowed from March 23âs cycle high of 1,100 basis points to a recent 480 bp. The high-yield bond spreadâs latest expansion and contraction more closely resembles what overlapped 2015-2016âs profits downturn than what occurred in conjunction with the previous recessions of 2008-2009 and 2001.

After rising from year-end 2019âs 4.2% to March 18, 2020âs cycle high of 10.6%, the unweighted average EDF of U.S./Canadian high-yield issuers has subsequently dropped to August 12âs 5.4%. The path taken by the high-yield EDF metric is qualitatively consistent with that of the high-yield bond spread. Thus, both market driven estimates of future default risk are at odds with the default outlook derived from years of detailed credit analysis.

Equities Are Close to a V-Shaped Recovery

The recovery is at increasing risk of backsliding into recession as lawmakers remain at loggerheads over another fiscal rescue package...

Though the shape of the unfolding business cycle upturn remains unresolved, the ongoing recovery by the U.S. equity market has been unequivocally V-shaped. The Great Recession overlapped a 56.6% plunge by the market value of U.S. common stock from an October 2007 peak to March 2009 bottom. Not until January 2013 did the U.S. equity market return to its erstwhile zenith of October 2007.

By contrast, after plummeting 35.1% from a February 19, 2020 current zenith to a March 23, 2020 trough, the market value of U.S. common equity had rebounded 53.4% from March 23âs low as of August 13. August-to-dateâs average valuation of the U.S. equity market now exceeds its record-high return to its October 2007 high, merely six months may pass before the equity market returns to its current record-high of February 2020.

M2âs Lift-Off Drives Equities Higher A now much more stimulatory monetary policy helps to explain the equity marketâs much faster recovery from its recession lows. Consider the rate of growth for the M2 monetary aggregate. Prior to the start of the COVID-19 recession, the moving 13-week average of M2 was up by 6.7% year-over-year. By the end of July 2020, M2âs moving 13-week average was up by a record-high 22.6% from a year earlier.

In contrast, the year-over-year growth rate for M2âs moving 13-week average barely rose from the 5.3% just prior to the December 2007 start of the Great Recession to 5.9% five-months later. Moreover, during the Great Recession, the year-over-year increase by M2âs moving 13-week average peaked at the 9.8% of the span-ended March 18, 2009, which was much slower than its recent record fast pace. 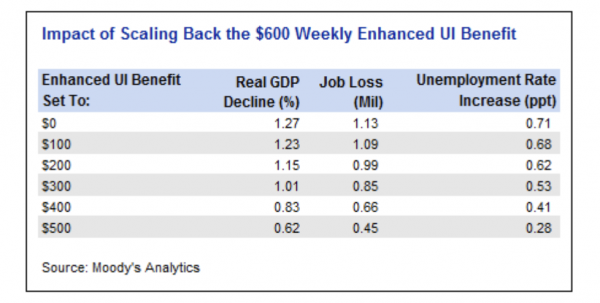 The Economy Is Struggling

The economy is struggling, the Bureau of Labor Statisticsâ July jobs numbers notwithstanding. The recovery is at increasing risk of backsliding into recession as lawmakers remain at loggerheads over another fiscal rescue package. Meanwhile, President Trumpâs executive orders to provide support to the economy fall well short of what is needed to avoid renewed job loss and rising unemployment.

The 1.8 million increase in July employment was substantially greater than the 800,000 jobs we expected, but there isnât much solace in this. The difference was largely due to greater-than-expected job gains at restaurants, clothing and other retail stores, in healthcare, and temporary jobs. These industries are among the hardest-hit by the pandemic and are at significant risk of backtracking as states grappling with the virus pull back or pause reopeningsâactions that appear more likely than not in coming months as the pandemic remains uncontained.