Investors had few places to hide in the third quarter 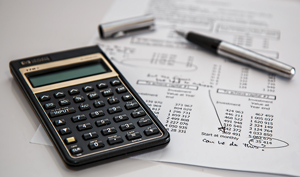 Markets: Nearly all asset categories posted a loss for the third quarter, with non-US equities suffering some of the worst declines due to the dollar’s steep ascent versus foreign currencies.

Economy: The US is in the late-cycle expansion phase, with rising but moderate recession risk. Europe is likely in recession, and China is still in a growth recession.

Investments: Some fixed income investments eked out gains but interest-rate sensitive sectors suffered losses and stocks fell across the board. Commodities remained a bright spot, despite price decreases.

Valuations: For stocks in the S&P 500Â®, expectations for earnings growth in 2022 stood at 10% as of the third quarter.

Persistent inflation pressures prompted central banks, including the US Federal Reserve, to tighten monetary policy in the third quarter and push nominal and real (inflation-adjusted) bond yields to their highest levels in more than a decade. Market volatility could remain elevated due to high inflation risks, slower liquidity growth, waning growth momentum, and greater uncertainty regarding monetary policy.

Nearly all asset categories posted a loss for the third quarter, with non-US equities suffering some of the worst declines due to the dollar’s steep ascent versus foreign currencies. The continued rise in bond yields pushed the prices of most fixed income categories further into negative territory for 2022. Commodity prices experienced declines as well, but they remained a rare bright spot, with positive returns so far this year.

The reopening manufacturing boom has now faded, leaving the global economy more dependent on services industries to pick up the slack...

Most major economies experienced maturing trends in their business cycles. The US is in the late-cycle expansion phase, with rising but moderate recession risk. Europe has likely tipped into recession, and China’s increased policy stimulus has yet to pull it out of its growth recession.

In the US, profit growth continued to decelerate, but remained positive. Expectations for earnings growth among stocks in the S&P 500Â® index for 2022 stood at about 10%. Estimates for 2023 profit growth have been revised lower this year, but they remain higher than both historical late-cycle and recession averages.

Labor markets in the US remained extremely tight, with job openings near record levels and the 3.7% unemployment rate near multi-decade lows. This, along with a low labor-force participation rate and aging demographic trends, placed pressure on employers to raise wages.

Some drivers of inflation, such as manufacturing supply-chain disruptions, abated during the 3 months. That said, categories where price increases tend to be more persistent, such as food and housing, accounted for a larger proportion of the current inflation drivers by quarter’s end.

Asset Markets: Few Places To Hide Amid A Downturn

Most major asset categories sold off in the third quarter, although shorter duration and more credit-sensitive fixed income categories, such as leveraged loans, eked out gains. In comparison, longer, more interest-rate sensitive sectorsâsuch as long-duration government bondsâsuffered the biggest losses.

Credit spreads rose for the first 9 months of the year across all major bond categories. Spreads on mortgages, investment-grade bonds, high-yield corporates, and emerging-market debt all stood above their respective historical averages at the end of the quarter.

The continued broad equity sell-off caused valuations for all categories of global stocks to fall further in Q3. The price-to-earnings ratios for all major categories of global equitiesâUS, non-US developed markets, and emerging marketsâare now below their long-term averages. That said, cyclically adjusted ratios appear expensive relative to our long-term forecasts, with non-US equities offering better valuations than US stocks.

Lastly, the potential for a sustained period of higher inflation highlighted the potential benefits of owning inflation-resistant assets, including commodities and commodity-producer equities, as well as Treasury Inflation-Protected Securities, which have provided better diversification than nominal US Treasury bonds.