Navigating the winding roads into retirement 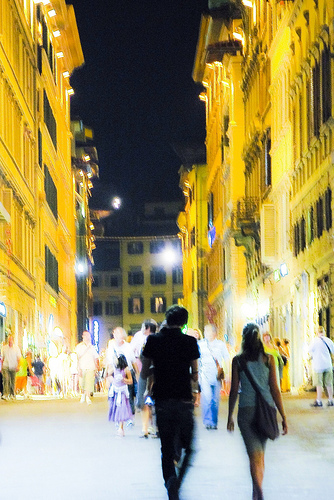 Mr. Adams is director, educationa & external relations for the Employee Benefit Research Institute (EBRI); Connect with him by e-mail: nadams@ebri.org

Iâve been hooked on the convenience of GPS systems ever since the first time one was included in the price of a rental car on a family trip in unfamiliar territory. After all, it combines the opportunity to tinker with electronic gadgetry alongside the convenience of not having to do much in the way of pre-planning trip routesânot to mention avoiding the need to stop and ask for directions (that is frequently associated with not doing much in the way of pre-planning trip routes).

There are, of course, horror stories about drivers who have blindly followed GPS instructions without paying attention to the evidence of their eyes. My family still chuckles at the memory of a trip where we were running late to our plane, and the rental car GPS, based on what appeared to be an outdated address for the return office, kept directing us to an address that was not only miles from the real office, but a place from which I wondered if we might never return.

As a growing number of Americans near, and head into, retirement, policymakers, retirement plan sponsors, and individual workers alike increasingly wonderâwill Americans have enough to live on when they retire? Unfortunately, as a recent EBRI publication[1] explains, the answers provided are as diverse, and sometimes disparate, as the projection models that produce those results.

While it is not always clear from their results, some of those models limit their analysis to households already retired, while others focus on households still working, but old enough that reasonably accurate projections regarding their future wages and prospects for accumulating retirement wealth are obtainable. Still others attempt to analyze the prospects for all working households, including those whose relative youth (and distance from retirement) makes accurate, long-term predictions somewhat problematic.

Moreover, there are varied definitions of retirement income adequacy. As the EBRI report explains, some either (1) model only the accumulation side of the equation and then rely on some type of preretirement income replacement rate measure as a threshold for success, or (2) make use of a so-called âlife-cycleâ model that attempts to smooth/spread some type of consumption-based utility over the decision-makerâs lifetime.

The problem with the former is that, since very few households annuitize all (or even most) of their individual accounts in retirement, a replacement-rate focus overlooks the potential risk of outliving their income (longevity risk). And while the annuity purchase price relied upon in a replacement-rate target does depend on an implicit assumption with respect to (at least some) future market returns, it does not typically account for the potential investment risk.

will Americans have enough to live on when they retire? Unfortunately... the answers provided are as diverse, and sometimes disparate, as the projection models that produce those results.

Additionally, and as previous EBRI research has demonstrated, one of the biggest financial obstacles in terms of maintaining retirement income adequacy for households that might otherwise have sufficient financial resources at retirement age is the risk of long-term care costs for a prolonged period. In the real world, few retirees have long-term care insurance policies in place that would cover the potentially catastrophic financial impact of this exposureâand thus, simply adding the cost of long-term care insurance into a replacement-rate methodology will vastly underestimate the potential severity of this exposure.

As for the life-cycle smoothing model, the EBRI report notes that approach typically produces extraordinarily low levels of âoptimalâ savings for low-income individuals at retirement, and while some households may, in fact, have no choice but to subsist at those levels in retirement, from a public policy perspective EBRI chose instead to establish a threshold that would allow households to afford average expenditures (for retirees in the appropriate income category) throughout their retirement, while at the same time accounting for the potential impact of uninsured long-term care costs.

EBRIâs Retirement Security Projection ModelÂ®[2] takes a differentâarguably unique and more realisticâperspective. Rather than relying on an individualâs projected ability to achieve an arbitrarily designated percentage of his or her preretirement income as a proxy for retirement income adequacy, RSPM grew out of a multiyear project to analyze the future economic well-being of the retired population at the state level, focused on identifying the point at which individuals would run short of money and perhaps become a financial obligation of the state.

As valuable a resource as a GPS can be, it can quickly become a nuisanceâor worseâif the input destination point is incorrect, or the mapping system is out of date. Similarly, those who want a financially secure retirement may find that relying on a model based on flawed assumptions or outdated âdestinationsâ may find themselves short of their goal and with little time to do anything about it.