New study finds 38 percent wish they would have waited 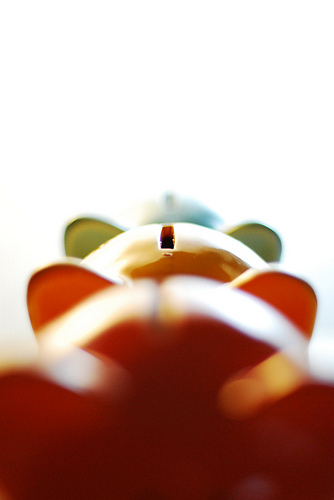 According to the survey conducted by Harris Interactive of 903 adults aged 50 or older who are either already retired or plan to retire in the next 10 years, those who started getting Social Security early report a lower average monthly payment ($1,190) than those who started at their normal retirement age ($1,506) and those who started late ($1,924).

âSocial Security can represent up to 40 percent of the total income the average worker receives throughout retirement 1 and when and how to file are some of the most important financial decisions they make in their lifetimes,â said David Giertz, president of distribution and sales for Nationwide Financial. âWith more than 2,700 rules in the Social Security handbook, itâs easy to see why many arenât aware of all of the benefits and options available to them.â

And the problem is getting worse. Health care costs for a middle-income healthy couple retiring next year at full retirement age will take up 69 percent of their Social Security benefits. But 10 years from now it will jump to 98 percent, and in 20 years they would need 127 percent of their Social Security benefits to cover their health care costs in retirement. 3

Health problems keep a third (32 percent) of retirees from living the retirement they expected. Of those without health problems who say they canât do the things they thought they would in retirement, 86 percent explained they simply couldnât afford to.

âThe key theme throughout our survey is how crucial it is that Americans work with a financial advisor,â Giertz said. âOptimizing Social Security benefits is an important part of a holistic retirement plan.â

Retirees who work with a financial advisor vs. those who donât:

Talk with an advisor

âPeople need to discuss their Social Security options with a financial advisor because those who donât maximize their benefits can miss out on hundreds of thousands of dollars of retirement income,â 4 said Kevin McGarry, director of the Nationwide Financial Retirement Institute.

The Retirement Institute recently launched the Social Security 360SM program to help advisors maximize their clientsâ Social Security filing options. The program includes an award-winning tool with patented software that compares all the election strategies available to married couples, single people, divorced people, widows, government employees and even those who have already elected.

Find out more about making the most of your Social Security benefits at www.nationwide.com/social-security.

The 2014 Social Security Study was conducted online within the U.S. by Harris Interactive on behalf of Nationwide Financial between Feb. 27 and March 4, 2014. The respondents comprised a representative sample of 903 U.S. adults aged 50 or older who are either retired or plan to retire in the next 10 years. Results were weighted to the U.S. General Online Population of adults by sex, race/ethnicity, education and region. Respondents for this survey were selected from among those who have agreed to participate in Harris Interactive surveys. Because the sample is based on those who were invited to participate in the Harris Interactive online research panel, no estimates of theoretical sampling error can be calculated.

Nationwide Mutual Insurance Company, a Fortune 100 company based in Columbus, Ohio, is one of the largest and strongest diversified insurance and financial services organizations in the U.S. and is rated A+ by both A.M. Best and Standard & Poorâs. The company provides a full range of insurance and financial services, including auto, commercial, homeowners and life insurance; public and private sector retirement plans, annuities and mutual funds; banking and mortgages; specialty health; pet, motorcycle, boat and farm insurance. For more information, visit www.nationwide.com.

The Social Security 360 program provides information and education on Social Security. The program has not been reviewed or endorsed by any government agency.